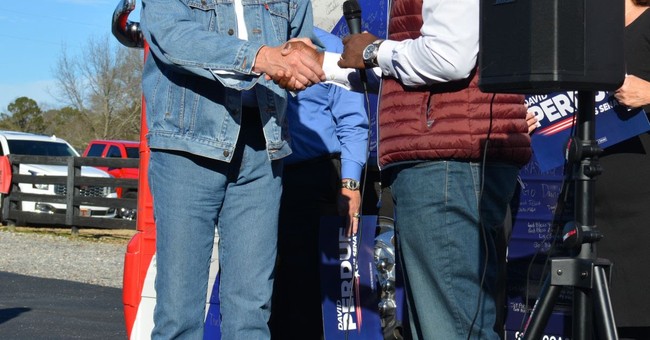 The Georgia Republican filed paperwork with the Federal Election Commission (FEC), a legal mandate, but has not made a final decision. Perdue rejected the notion that Georgia is entirely a blue state, and stressed the need for Republicans to take back the majority in the Senate during the Biden administration, as a means of combating the “impending damage” from the president’s agenda.

Perdue argues that Warnock and Ossoff do not represent Georgians fairly, citing their radical stances on the issues.

"Georgia is not a blue state, and yet, as I write this today, the people of Georgia are represented by two of the most radically liberal individuals to ever occupy a seat on the hallowed floor of the United States Senate," Perdue wrote on Tuesday. "They do not fairly represent most Georgians."

Bonnie and I are considering running in 2022. Here’s my note on why: pic.twitter.com/Wnyt0tB3th

Warnock defeated Loeffler, who was appointed by Georgia Governor Brian Kemp (R) to fill the seat vacated by former Senator Johnny Isakson (R), upon his retirement. The freshman Senator will now serve the rest of the term for Isakson's former seat. Warnock’s seat is one that Republicans are targeting on the 2022 Senate map, in hopes of taking the majority away from Chuck Schumer. Currently, Democrats hold a majority by the smallest-possible margin.