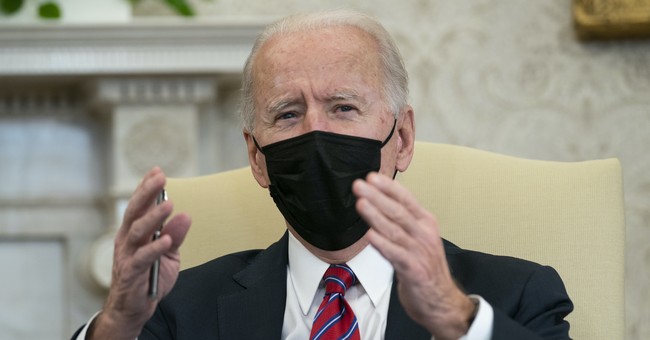 President Biden discussed future coronavirus relief on Friday, but seemingly forgot the monetary amount he promised to the American people. The president said on Friday that Americans would receive no less than $1,400 in direct stimulus when the next relief package is passed. He claimed that this number is what the American people were promised.

President Biden says he will refuse to shrink the amount for stimulus checks in COVID relief negotiations: "I'm not cutting the size of the checks. They're $1,400, period. That's what the American people were promised." https://t.co/ASrL04ljp7 pic.twitter.com/ypXkVP69vF

“I’m not cutting the size of the checks. Period.”

"I’m not cutting the size of the checks. They are going to be $1,400 -- period," President Biden says today as he renews his pitch for the American Rescue Plan. "That’s what the American people were promised."

But still open to negotiation: Who gets those checks.

The president previously made a bigger promise, though. During the presidential transition and the pair of runoff Senate elections in Georgia, Biden said that his administration would support $2,000 stimulus checks.

That’s a lie. They bought votes with the specific promise of $2,000 checks. pic.twitter.com/idaQEA6ekx https://t.co/4lM48mOvzv