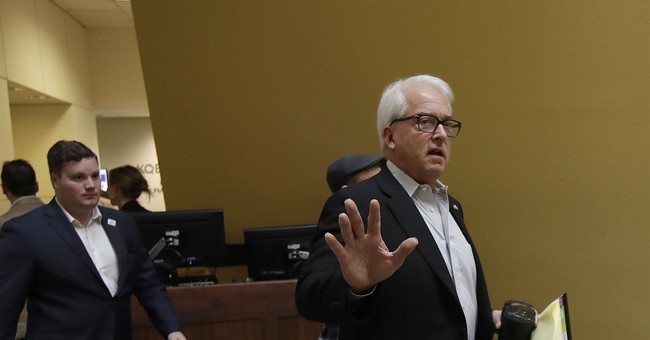 California Governor Gavin Newsom (D) is facing pushback from both sides for his hypocrisy on Coronavirus restrictions. While his state was locked down, and residents were forced to stay home, Newsom was caught dining indoors and bucking his own guidelines.

An effort to recall the Democratic Governor has gained steam, and California businessman John Cox plans to launch a challenge to the sitting governor if the recall effort is ultimately successful. On Fox News’ America’s Newsroom on Wednesday, Cox detailed the frustrations that Californians hold with Newsom’s hypocrisy and draconian restrictions.

"People are just sick of career politicians who just talk and bloviate and practice politics and cater to the lobbyists like he did at that French Laundry dinner." @TheRealJohnHCox on his plans to challenge CA Gov Newsom if a recall election is held @BillHemmer @DanaPerino pic.twitter.com/1PD2nirffD

Cox’s assessment is backed up by new polling, which paints a grim picture of Newsom’s approval in his own state. From an LA Times report on a fresh poll conducted by UC Berkeley:

"More than a third of the state’s registered voters said they would vote to oust Newsom from office if the recall qualifies for the ballot, though 45% said they would oppose such a move, the survey found...The poll, released Tuesday morning, also found that just 31% of those surveyed thought that Newsom and other state government leaders had done an excellent or good job handling the pandemic, while 23% said they had done a fair job, and 43% called it a poor job...Less than half of California voters — 46% — approved of Newsom’s job performance, a dramatic slide for a governor who was elected with a historic margin of victory in 2018 over Republican challenger John Cox and defeated a slate of Democratic challengers in that year’s primary."

Though these numbers are not favorable for Newsom, 69 percent of Democratic voters in California still oppose the recall, the poll found. The organizers have until March 10 to reach the 1.5 million signature threshold.