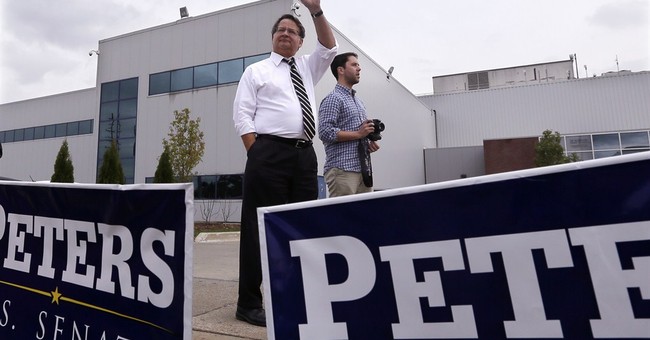 Peters narrowly won his battleground reelection in November, riding the coattails of President Biden’s win in Michigan. In what should have been an easy hold for Democrats, Schumer was forced to spend large amounts to ultimately drag Peters over the finish line. Despite holding various offices for a decade, 40 percent of voters in Michigan did not recognize their junior senator by name.

Still, Schumer displayed confidence in Peters’ ability to “defend and expand” the historically slim Democratic majority in the Senate in the upcoming midterm election.

“Gary Peters is a hardworking, disciplined and effective member of the Senate, and I know he will be an outstanding DSCC Chair to ensure Democrats protect our strong incumbents and go on offense to expand our majority,” Majority Leader Chuck Schumer said on Thursday. “The DSCC is strongly dedicated to working with grassroots organizations to mobilize voters, and with someone like Gary at the helm, who is battle-tested and understands firsthand what it takes to win challenging battleground races, Senate Democrats will be well-positioned to continue to win and get results that will improve the lives of millions of Americans.”

We’re excited to announce Senator @GaryPeters of Michigan as our new DSCC Chair for the 2022 cycle! https://t.co/o9HmaRUdiw pic.twitter.com/6TFlGCrT1m

Republicans must defend 20 seats in 2022, while Democrats have to hold 14 of their seats.