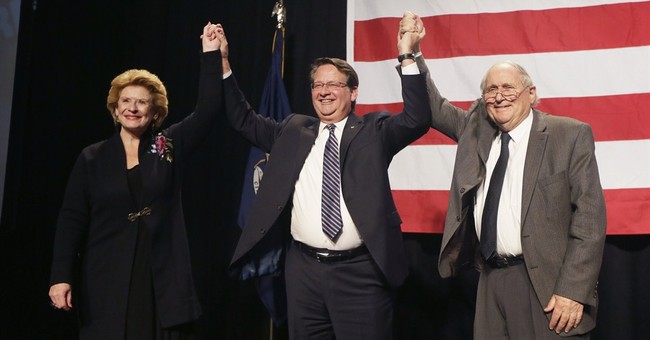 James' campaign is not yet conceding the race. The GOP challenger claims that there may have been impropriety in ballot counting.

While #MiSen race has been called and @GaryPeters celebrating a victory this morning, GOP challenger @JohnJamesMI is not done.

"While Sen. Peters is currently ahead, I have deep concerns that millions of Michiganders may have been disenfranchised by a dishonest few who cheat.” pic.twitter.com/XLv2V3lpz1

Decision Desk projected on Wednesday night that incumbent Democrat Senator Gary Peters (D-MI) will be able to hang onto his vulnerable seat, defeating GOP challenger John James. The battleground race came down to the final days, and James was able to close in on the wide gap in polling. Decision Desk showed that Sen. Peters won reelection by just over one point after Democrats were forced to bail out the vulnerable incumbent in the final weeks. Democrats spent upwards of $30 million to drag Sen. Peters over the finish line.

The state of Michigan was also called for former Vice President Joe Biden on Wednesday afternoon. The Trump campaign filed a lawsuit in Michigan over alleged fraud and ballots being received late. James’ campaign has not yet conceded the competitive Senate race; the challenger was leading on Tuesday night and into Wednesday morning, after which the race grew to be within one point.