Ossoff Gets Fact Checked Over Lie About Senator Loeffler 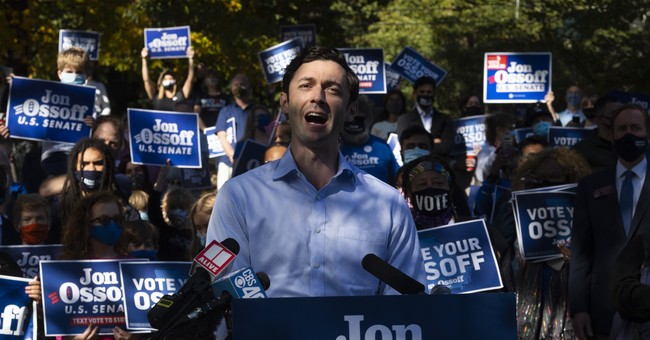 Georgia Senate candidate Jon Ossoff took to Twitter to spread a lie about incumbent GOP Senator Kelly Loeffler. In an interview with Fox News’ Peter Doocy, Ossoff falsely claimed that Loeffler “campaigned with a klansman.” He was referring to an instance on the campaign trail during which Loeffler unknowingly snapped a picture with Chester Doles, a Ku Klux Klan (KKK) leader. Doles attended a public campaign event in December. At the time, Loeffler was unaware of Doles’ ties to the KKK, and her campaign immediately denounced him upon finding out.

"Kelly had no idea who that was, and if she had she would have kicked him out immediately because we condemn in the most vociferous terms everything that he stands for,” her campaign said at the time.

Even in light of this, Ossoff still accused Loeffler of association with the KKK.

Ossoff received backlash for his false claim about Loeffler, and was hit with a fact-check from CNN:

“This is false. A former member of the KKK took a photo with Loeffler while she was campaigning earlier this month. Loeffler's campaign said the senator did not know who the man was and would have removed him from the event had she known. This is not, at all, the same as ‘campaigning with a klansman,’ as Ossoff claimed. Politicians often take pictures with people they don't know.”

Ossoff has not yet apologized to Loeffler for perpetuating such an egregious falsehood.