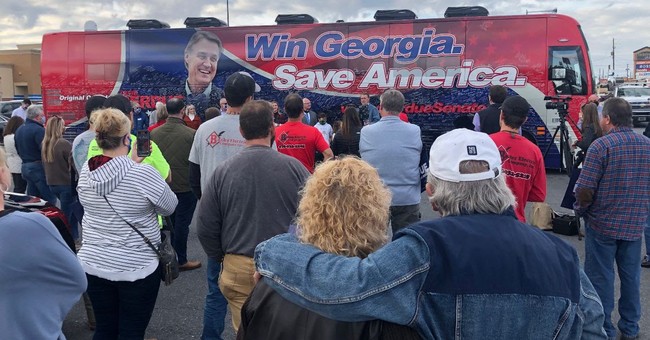 Ahead of the January 5 runoff Senate elections, Republicans in Georgia said that over 8,000 volunteers statewide have been recruited to serve as poll watchers, as part of a greater effort to ensure election integrity. GOP officials involved in Georgia’s pair of runoff elections said that the strategy is the "largest and most aggressive ballot security and voter integrity operation in state history."

Incumbent Republican Senators Kelly Loeffler and David Perdue, who are both fighting to defend their seats and the GOP’s Senate majority, said that Georgia voters deserve to have “total confidence” in the “fairness and accuracy” in the state’s electoral process.

"Georgians deserve total confidence in the fairness and accuracy of our state's elections, and we're thankful to the thousands of volunteers who will ensure that these runoffs are safe, secure, and that every legal vote is counted," the GOP Senators said in a joint statement. "Georgia Republicans have already mobilized the most robust ground game and poll watching operation in the state's history and are fully prepared to make certain that the integrity of next week's elections will not be cast under a shadow of doubt. Everything is on the line on Election Day – no Georgian should have to question the outcomes."

We are building the most robust election security effort in Georgia history with over 8,000 poll watchers across the state. pic.twitter.com/Atu4ZRqbkS

President Trump is still contesting alleged voter fraud in a handful of states, including Georgia. He will make one final campaign stop in support of Perdue and Loeffler on Monday, on the eve of the runoff elections.