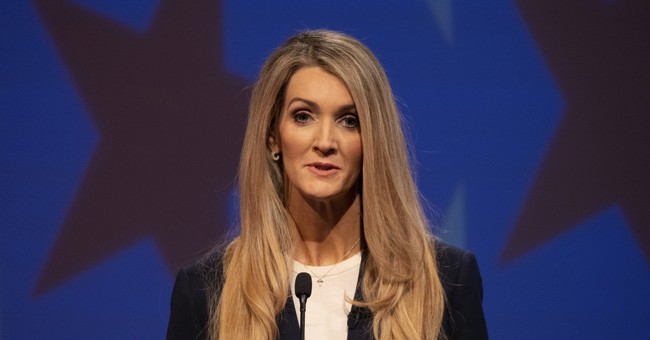 After campaigning in Georgia over the weekend, former U.S. Ambassador to the UN Nikki Haley is teaming up with a political action committee (PAC) to give continued support to Senator Kelly Loeffler in Georgia’s high-stakes runoff election. The former ambassador is featured in a new, six-figure ad campaign from Winning for Women Action Fund (WFW AF), a group exclusively focused on boosting GOP women in elections, in which Haley highlights Loeffler’s opponent’s “radical” record.” The group said said that Loeffler, who is in the middle of a a competitive runoff election, adds another "strong female leader" to Congress.

“Senator Kelly Loeffler is a proven leader and successful businesswoman who will fight tirelessly for the people of Georgia,” said Micah Yousefi, WFW Action Fund Political Director. “We need more strong female leaders like Senator Loeffler in Washington, and WFW Action Fund is proud to team up with Ambassador Haley to ensure Georgians send her back to the Senate.”

The ad buy highlights Loeffler’s work in the Senate and record as a businesswoman, while noting Rev. Raphael Warnock’s past comments, including that “no one can serve God and the military.”

"So, when Raphael Warnock says, 'nobody can serve God and the military,' he’s not only wrong, he’s disrespecting all of our men and women in uniform," Haley says in one ad. "We need leaders like Senator Kelly Loeffler who represent our values."

The ads also tie Warnock to self-proclaimed socialist Congresswoman Alexandria Ocasio-Cortez (D-NY), and to Senate Minority Leader Chuck Schumer (D-NY), who hopes to “change America” with a Democratic majority in the Senate.

Appointed to the Senate in December of 2019, Loeffler serves as Georgia’s second-ever female Senator, and the first Republican woman to represent her state in the upper chamber.