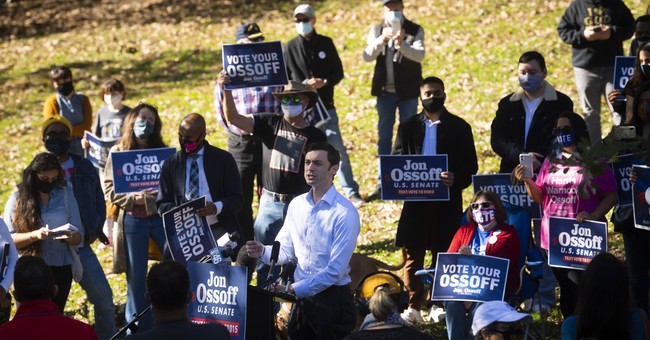 Vice President Mike Pence is traveling to Georgia on Friday to campaign with GOP Senators David Perdue and Kelly Loeffler as they both face runoff elections. The vice president and Senator Perdue plan to make a stop at the Centers for Disease Control and Prevention (CDC), based in Atlanta, on the heels of successful vaccine development.

The coronavirus was a factor in congressional races across the board. Senator Perdue’s Democrat challenger, Jon Ossoff, has spent much of his airtime attacking Georgia’s senior senator on COVID related issues. In reality, both Sens. Perdue and Loeffler were instrumental to the passage of the Coronavirus, Aid, Relief, and Economic Security (CARES) Act and Paycheck Protection Program (PPP), which delivered economic relief to American families and small businesses. The senior senator also introduced the Safely Creating Healthy Opening Options Locally (SCHOOL) Act, which aimed to legislate COVID resources to school systems.

While Ossoff gaslights voters on COVID response and recovery, he himself opposed the very programs that saved millions of jobs and delivered necessary relief to families burdened by the pandemic. The Senate hopeful attacked the CARES Act as disproportionately beneficial to the highest earners, when in reality, the program overwhelmingly served middle class families; he opposed the PPP program, which saved millions of jobs in Georgia alone via forgivable loans for small businesses, while his own family benefited from the program.

Ossoff’s pandemic-related attacks on Sen. Perdue also reveals what Republicans have been saying all along. While Speaker Pelosi and Senator Schumer continue to block additional funding for the CARES Act and PPP, Ossoff will not answer questions about his party’s tactics to block relief funding.

"While Senator David Perdue has made it his top priority to help Georgia families overcome COVID-19, Jon Ossoff has supported Democrat efforts to obstruct assistance for them," said Perdue for Senate Communications Director John Burke. "If Ossoff had it his way, hundreds of thousands of Georgia workers would have lost their jobs and been left with nothing. We can't trust him to fight for the people of our state as we work to get through this pandemic."

By refusing to stand up to Pelosi and Schumer, it's obvious that Ossoff will act as a rubber stamp for Democratic leadership if elected to the upper chamber.