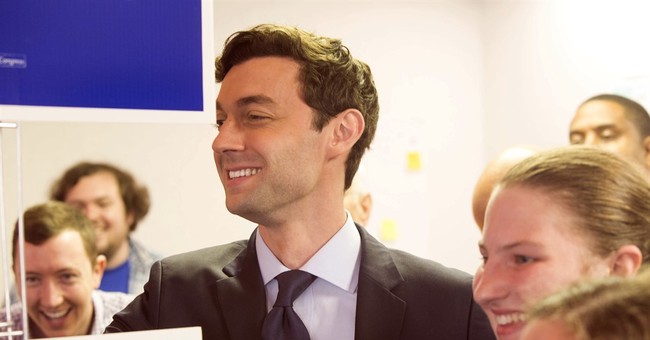 As he seeks a seat in the United States Senate, Ossoff advocates for a “path to recovery” while on the campaign trail, but he opposed the CARES Act and Paycheck Protection Program (PPP) which both acted as lifelines to Americans in need of economic relief. The PPP helped small businesses keep their doors open with forgivable loans, and saved upwards of 1.5 million jobs in Georgia alone.

"...tax benefits in the CARES Act are going to flow overwhelmingly to the highest earners," Ossoff said in July. "There's no urgency in the government right now about getting emergency relief to ordinary people."

Ossoff claims that the programs neglected “ordinary people,” but the average size of businesses that received PPP loans is 10 employees, and the average  loan size is $105,000.

Ossoff knows the success of the program, because while he criticized it, his father’s company benefited from it, as the NRSC’s video points out:

Indeed, Ossoff's opposition to relief programs is an entirely political play out of Senate Minority Leader Chuck Schumer's (D-NY) playbook. Incumbent GOP Sen. David Perdue, on the other hand, is a member of President Trump's economic recovery task force and helped to pass the CARES Act. The difference between the two candidates could not be more clear.