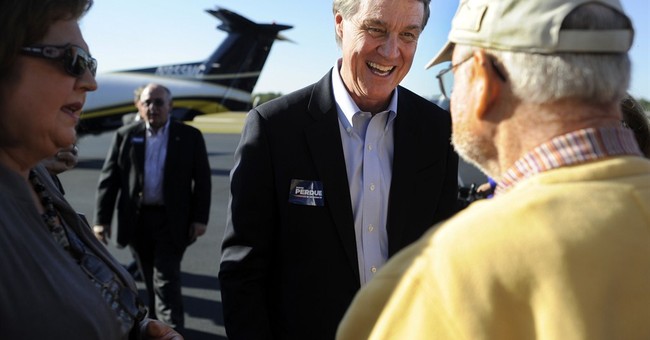 Ossoff was first put on the political map in 2017, when he ran in a special election for Georgia’s sixth congressional district. In addition to not even living in the district he sought to represent, Ossoff’s campaign was kept afloat by donations from states other than Georgia, predominantly hailing from California.

Ossoff eventually lost his $30 million dollar bid for the House of Representatives, earning him the esteemed nickname "the human cash incinerator."

His tendency to be bankrolled by out-of-state donors still rings true in his quest to unseat Sen. Perdue. In quarters two and three this year, Ossoff’s campaign donations were made up of 73 percent and 87 percent out-of-state contributions, respectively, per FEC filings.

While claiming that Sen. Perdue is “out-of-touch,” Ossoff’s Senate hopes are bolstered by donors who will not even be his constituents. Sen. Perdue’s campaign reminded him of this.

"The stakes in this election could not be higher: a vote for Jon Ossoff is a vote to hand power to Chuck Schumer and the radical Democrats in Washington. Georgians won't let that happen. Senators David Perdue and Kelly Loeffler are going to win these two U.S. Senate races, and we will defend the Republican majority,” Perdue for Senate campaign manager Ben Fry said on Thursday. “As votes continue to be counted, Senator David Perdue remains in first place with a commanding lead – that won't change. We are excited for overtime – it gives us even more time to continue exposing Jon Ossoff and his radical socialist agenda. Jon Ossoff does two things well: burn through out-of-state liberal money and lose elections. Georgians will now get to watch him do both again."

Both Sen. Perdue and Sen. Kelly Loeffler head to runoff elections in January. With control of the Senate hanging in the balance, Republicans are ready to fend off the Democrat challengers hand-picked by Senate Minority Leader Chuck Schumer.