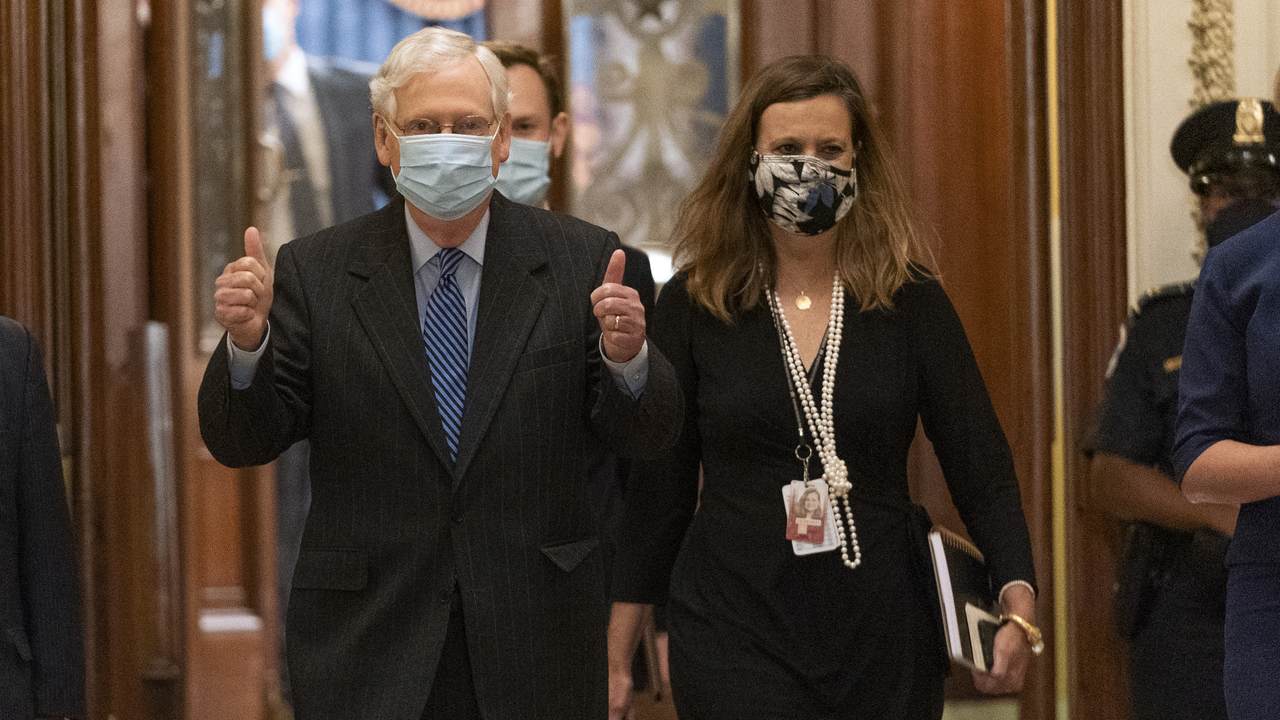 The National Republican Senatorial Committee (NRSC), the GOP’s official Senate arm, unveiled a new video that previews everything at stake in next week’s election. The video showcases much of the accomplishments achieved by the Republican majority in the Senate during President Trump’s first term in office, including middle-class tax cuts, historic criminal justice reform, a record number of judges confirmed to the federal judiciary and, most notably, Justices Neil Gorsuch, Brett Kavanaugh and Amy Coney Barrett seated on the Supreme Court.

Narrated by Senate Majority Leader Mitch McConnell (R-KY), the NRSC's video urges voters to "hold the line" and support the slate of Republican Senate candidates, a few of which are vulnerable.

"It all comes down to this. Everything we've fought for," Leader McConnell says in the video. "Everything we've accomplished...We've put in the work, we have the team, and the stakes couldn't be higher."

With just one week until voters decide which party holds power, the video also exposes Democrats’ vice presidential candidate Kamala Harris's (D-CA) liberal record that is not talked about by the mainstream media. The nonpartisan GovTrack found Sen. Harris to be the most liberal senator, even to the left of Sens. Bernie Sanders (D-VT) and Elizabeth Warren (D-MA).

Senate Republicans confirmed Justice Amy Coney Barrett to the Supreme Court just one week before the general election, in hopes of firing up the GOP base.