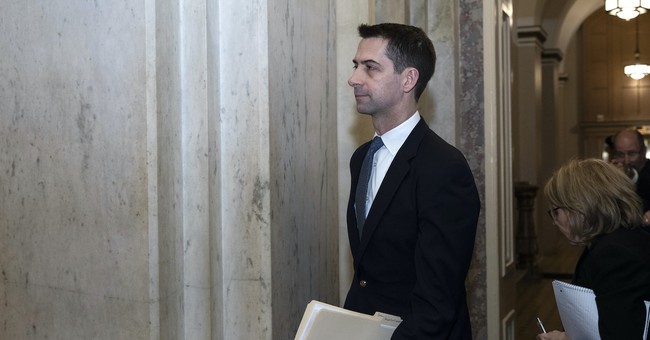 “I write to bring your attention to an alarming trend of apparent racial segregation in schools in the United States,” Cotton and Loeffler wrote. “These cases appear to violate Title VI of the Civil Rights Act of 1964, which prohibits discrimination on the basis of race in federally funded programs or activities. I urge the Department of Justice to investigate these and similar cases as part of our nation’s commitment to equality before the law.”

The pair of GOP Senators cited two recent incidents that raise alarms about violations of equality under the law:

“On September 8, the Center for Social Justice and Inclusion at the University of Michigan-Dearborn two virtual 'cafes,' or online discussion groups, that were segregated on the basis of race, with moderators also segregated on the basis of race...the University of Michigan appears to have created 'whites only' and 'non-whites only' events, in a manner reminiscent of the doctrine of racial segregation overturned by Brown v. Board of Education,” they tell AG Barr. “On August 7, the University of Kentucky’s Bias Incident Support Service hosted segregated training sessions for resident assistants, ‘one for RAs who identify as Black, Indigenous, Person of Color and one for RAs who identify as White.’”

Cotton and Loeffler point out that college administrators “rationalize” racial segregation activities “as a tool to further diversity.”

Read the Senators’ full letter to AG Barr below:

Segregation is abhorrent. It's also illegal under federal law.