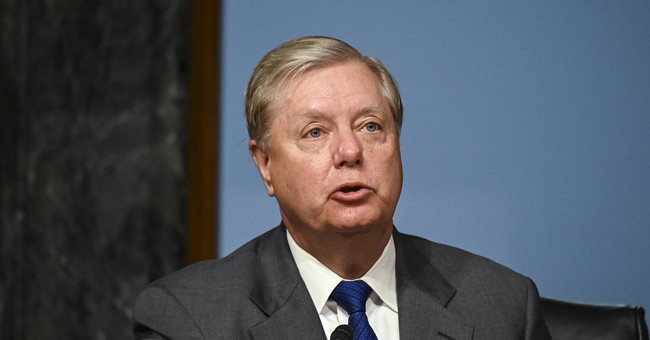 Democrats on the Senate Judiciary Committee boycotted the committee’s vote to advance Judge Amy Coney Barrett’s Supreme Court nomination early on Thursday morning. Led by Chairman Lindsey Graham (R-SC), Republicans on the committee were able to hold the vote without the minority party members present, per committee and Senate rules.

The Senate’s rules, which govern the committee voting process, also validate Sen. Graham holding his committee's vote on Judge Barrett. The rules prohibit a point of order from being raised on the Senate floor regarding committee occurrences, as long as a majority of committee members were physically present and a majority voted “yes” on the action at hand, both of which occurred under Sen. Graham’s leadership on Thursday morning.

Senate Democrats held a press conference after they staged a boycott of the committee’s vote. They claimed that Republicans violated rules, procedure, and precedent, calling the markup “illegitimate,” but their claims are not based in fact or validated by Senate rules.

.@SenSchumer: "The nomination of Amy Coney Barrett is the most illegitimate process I have ever witnessed in the Senate. And her potential confirmation will have dire, dire consequences for the Senate, for the Supreme Court and our entire country for generations to come." pic.twitter.com/LeEcliZeAY

Sen. Chuck Schumer speaks after Senate Judiciary Committee Democrats boycott vote on nomination of Judge Amy Coney Barrett: "This is not a decision the members of the Committee have taken lightly—but a Republican majority has left us no choice." https://t.co/o9ijLU7A80 pic.twitter.com/3AXEhHWThd