'All Talk, No Action': John James Rips Sen. Peters on Lack of Accountability for China 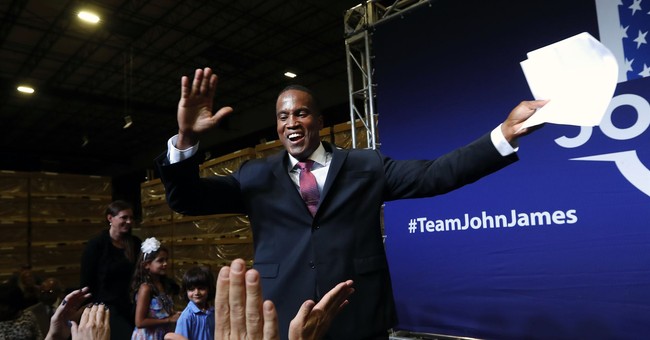 Michigan’s Senate race has turned into a nationally-watched contest as Democrats fight to defend incumbent Sen. Gary Peters (D-MI). A rising star in the Republican party, Army combat veteran John James, is giving Sen. Peters a run for his money. In what was once a safe seat for Democrats, James and Peters are in a statistical dead heat.

In a call with reporters on Friday, James nailed Sen. Peters on his lack of accountability for China, which James argues is the United States’ biggest foreign adversary. James accuses Sen. Peters of acting as a “career politician,” in declining to hold the Chinese government accountable.

“Gary Peters is the classic career politician: all talk, and no action. And now in an election year, he will say anything to get re-elected. Time and time again he skips work while no one is watching then he shows up in an election year expecting to get credit for a job not done. And on the Congressional Executive Commission on China, Peters failed to show up and has failed to hold the Chinese Communist Party accountable. These are the facts. Until September 30 of this year, Senator Gary Peters has shown up just twice since being appointed in 2015 to the Congressional Executive Commission on China - that's missing 89 percent of hearings. That's the fact," James said. "He even skipped the June 2017 hearing on China's crackdown on human rights lawyers and its implications for US-China relations. He was more worried at that point. With hosting a major donor fundraiser for his own re-election campaign. Those are the wrong priorities. Senator Peters’ attempt to portray himself as strong on China is just another attempt to gaslight us and to put another empty promise in the way to cover up for the fact that he's failed for his time in Washington.”

At the beginning of the COVID-19 pandemic, Sen. Peters was sympathetic to the Chinese government, even claiming that the regime “instituted some very, very aggressive actions around Wuhan province.”

After President Trump’s actions aimed at holding the Chinese Communist Party (CCP) accountable proved to be highly effective, Sen. Peters threw his support behind the measures. From the start, James has been a voice against the CCP’s corruption, as Democrats turn a blind eye to the regime’s negligence.

Sen. Peters, a first-term Senator, is facing what may have been an unexpected reelection challenge. Senate Minority Leader Chuck Schumer’s (D-NY) PAC was forced to spend a whopping $19 million in defense of Sen. Peters thus far. Election forecasters rate the race as “lean Democrat,” but with Sen. Peters' historically low name identification, the battleground contest is anyone’s to win.