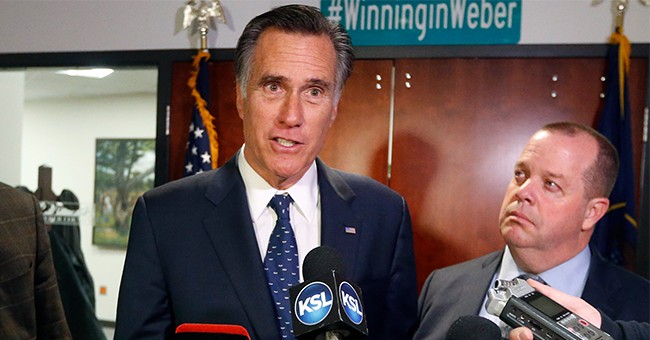 Utah Senator Mitt Romney officially voiced his intent to vote for the confirmation of Judge Amy Coney Barrett to the Supreme Court. Judge Barrett appeared before the Senate Judiciary Committee this week and is set to be voted on by the committee next Thursday.

Sen. Romney signaled his support for President Trump’s nominee, before she was named, giving Senate Majority Leader Mitch McConnell (R-KY) the votes to confirm Judge Barrett. He rejected the Democrat talking point that insists that Judge Barrett's nomination is "illegitimate" on account of the upcoming general election.

“The historical precedent of election year nominations is that the senate generally does not confirm an opposing party’s nominee, but does confirm one of its own," he said in September.

After meeting with Judge Barrett, the Utah Republican said that she is “exceptionally well-qualified.”

“After meeting with Judge Barrett and carefully reviewing her record and her testimony, I intend to vote in favor of her confirmation to the Supreme Court. She is impressive, and her distinguished legal and academic credentials make it clear that she is exceptionally well qualified to serve as our next Supreme Court justice,” Sen. Romney said in a release. “I am confident that she will faithfully apply the law and our Constitution, impartially and regardless of policy preferences.”

Senate Judiciary Chairman Lindsey Graham (R-SC) expects to hold a committee vote on Judge Barrett next week, after which Leader McConnell will bring her nomination to the floor. She is expected to be confirmed to the bench before election day.