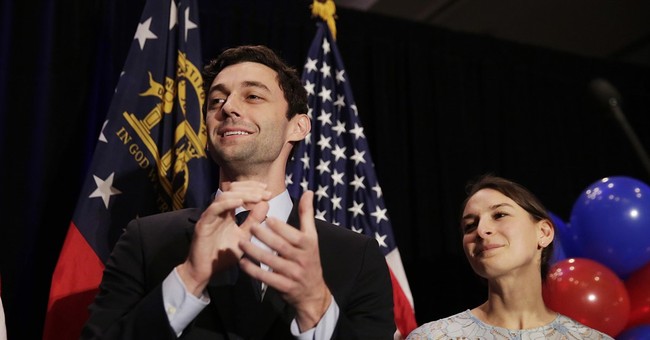 Georgia Senate candidate Jon Ossoff (D) faced off against incumbent GOP Senator David Perdue on Monday night, in the first debate of the general election. Ossoff, notorious for inflating his own credentials, spent the vast majority of the debate lying about his own record.

Sen. Perdue criticized Ossoff for his business relationship with the Chinese Communist Party (CCP), a claim that Ossoff said was “absolutely false,” but his own financial filings show otherwise. Ossoff’s film company took at least $5,000 in donations from PCCW media, a company partially owned by a company maintained by the CCP. Ossoff initially hid this business relationship for two years, as Sen. Perdue pointed out.

The Georgia Republican also called Ossoff on his sanctimonious claim throughout his bid for the Senate, that he will take “zero donations” from corporate-funded Political Action Committees (PACs). Once again, the record refutes Ossoff’s promise. Federal Election Commission (FEC) filings show that Ossoff’s campaign has been bankrolled by Leadership PACs, which allow candidates to receive corporate-funded donations indirectly.

One of two Senate contests in Georgia, the race between Perdue and Ossoff has turned into a battleground contest. Senator Perdue has a slight advantage in polling averages with less than one month until election day.