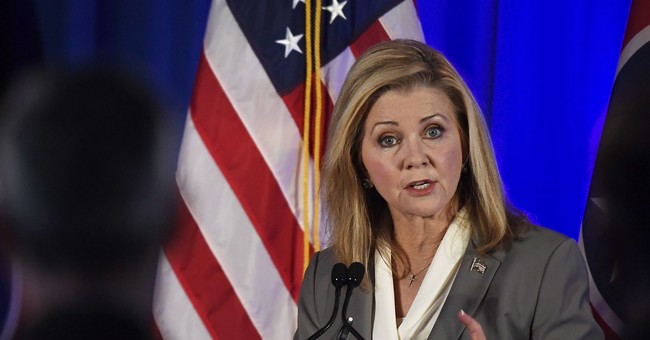 Sen. Blackburn candidly exposed the fear mongering campaign being executed by Democrats surrounding the future of Roe v. Wade and abortion rights in America. Many on the Left claim that abortion is a “constitutional right,” which is untrue, as Judge Barrett and Sen. Blackburn agreed:

Sen. Blackburn: “Abortion is not mentioned in the U.S. Constitution?”

Judge Barrett: “The word abortion does not appear in the U.S. Constitution.”

Sen. Blackburn: “Roe v. Wade is not an amendment to the Constitution?”

Judge Barrett: “Roe v. Wade interprets the fourteenth amendment of the Constitution and locates the right to terminate a pregnancy and the liberty in the due process clause.”

Sen. Blackburn noted how Democrats criticize Republicans for not nominating a sufficient number of female judges, but that when a well-qualified Conservative woman is nominated to the high court, the Left turns on its “attack machine.” Judge Barrett has certainly bore the brunt of these attacks from Democrats, and Sen. Blackburn attributes this to Democrats’ exclusion of women who are unwilling to “submit to their leftist agenda.”

The left does not believe that all women should have a seat at the table.

They only want to hear from women willing to submit to their leftist agenda.

If you don’t buy into their feminist propaganda, you aren’t a real woman in their mind.