'Independent' Group in Alaska Boosting Sullivan Challenger is Not so Independent 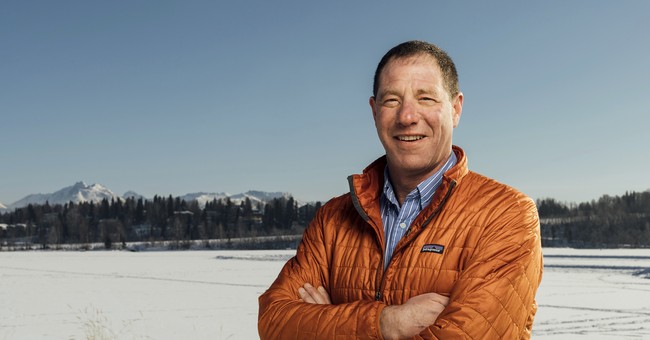 An outside group backing “Independent” candidate Dr. Al Gross, who is challenging incumbent GOP Sen. Dan Sullivan in Alaska’s Senate contest, appears to have ties to the establishment Democrats. “Independent Alaska” formed as an independent expenditure committee in early September, and is going on the offensive for Dr. Gross to try to bolster his “independence.” The group is not very politically independent at all, though.

Per the Hill’s earlier reporting, Independent Alaska is directly tied to Sen. Chuck Schumer and Democrat-establishment groups, and Federal Election Commission (FEC) files show that the group can be traced back to a Washington, D.C. address that is nearly identical to that of a law firm frequently used by Democrat lawmakers and campaigns. The group also utilizes the same bank as Sen. Schumer.

“The group’s Federal Election Commission paperwork shows its records will be maintained at an address in Washington that is identical to Perkins Coie, the law firm that counts most Democratic senators and campaign committees among its clients. The contact email address uses a Perkins Coie domain name,” the Hill reported.

The group recently released an ad featuring three women claiming that Gross will transcend partisanship to give healthcare to all Alaskans, accusing Sen. Sullivan of “doing what his party tells him.” As it turns out, the women in the ad are each either registered Democrats, have donated substantial amounts to left-leaning causes or endorsed Democrat candidates.

Dr. Gross built his campaign around being politically independent, but is boosted by Senate Minority Leader Chuck Schumer (D-NY) and promised to caucus with Democrats if elected to the Senate.