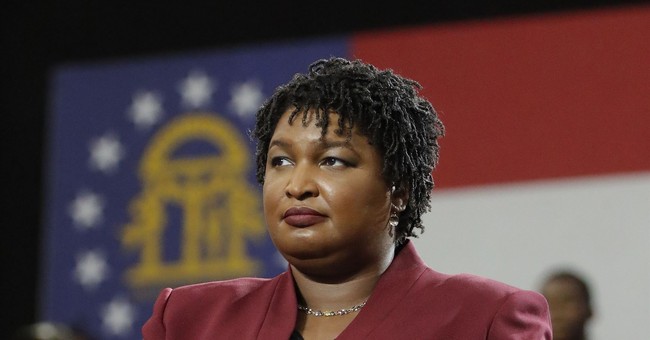 The Democratic National Convention’s (DNC) Tuesday night lineup featured failed gubernatorial candidate Stacey Abrams, who is propped up by many in the party as a “rising star.” Most famous for her never-ending victimhood tour, blaming “voter suppression” for her losing her bid for Georgia's governor’s mansion, Abrams used much of her address to claim that the Trump administration is impeding on Americans’ right to vote.

“In a time of voter suppression at home, and authoritarians abroad, Joe Biden will be a champion for free and fair elections,” she said during her headline speech at the DNC.

Georgia Sen. Kelly Loeffler (R-GA) called out Abrams’ conspiracy theory on voting, and deemed the narrative a “distraction” from Democrats’ lack of ideas:

“Everyone who wants to vote in this election, who is eligible to vote, is gonna get to vote. It’s really an excuse for why she [Abrams] lost the election in 2018, and she’s creating a roadmap of excuses for Biden when President Trump gets re-elected in November,” Sen. Loeffler said. “This is a distraction. To talk about voter suppression, to talk about the United States Postal Service. They’re distracting from their lack of a platform that lifts all Americans up.”

.@StaceyAbrams still won’t accept she lost in 2018, and now she’s giving the Democrats a roadmap of excuses for why they’ll lose to @realDonaldTrump in 2020.