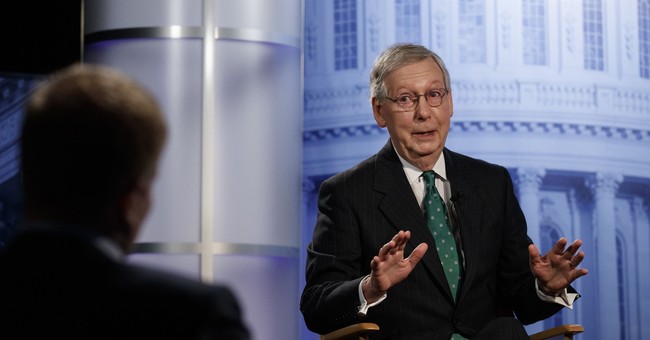 “Congratulations on your hard-fought primary victory, and welcome to the campaign trail for what is already a spirited race for the U.S. Senate,” Leader McConnell writes. “While the coronavirus pandemic has changed how we campaign in 2020, it is my view that any plans to hold in-person debates between the two of us should not be impacted...I am challenging you to a socially distanced, Lincoln-Douglas style debate with a time-keeping moderator agreed upon by each of us. This would be a debate just between the two of us. No notes at the table, no props, and no audience.”

Leader McConell’s no-frills challenge triggered an odd response from McGrath, in which she asked the Kentucky Republican to direct-message her on Twitter as a means of communication, and accused Leader McConnell of "hiding behind the press":

Hey Team Mitch, We’re eager to hold your boss accountable for his 36 years of failed leadership. @senatemajldr if you’re serious about debating DM me instead of hiding behind the press. https://t.co/Gmgz9JJg3Z

McGrath’s infamous gaffes and questionable campaign tactics appear to be unlimited. Her long-shot aspirations to unseat Leader McConnell grows increasingly unlikely as she implodes her own Senate bid. The race remains in the “likely Republican” category on the Cook Political Report.