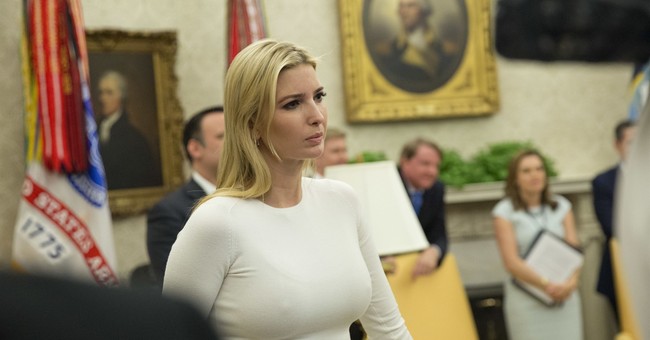 Special advisor to the president, Ivanka Trump, is headlining a roundtable in support of human trafficking victims that will highlight a new initiative from the Department of Justice that allocates housing grants to survivors, a White House official told reporters. Trump will be joined by Attorney General Bill Barr, Acting Director of the Domestic Policy Council Brooke Rollins and Special Advisor for Human Trafficking Heather Fischer. The administration officials will also be joined by executives of organizations that work to combat human trafficking.

The grants come from the Office for Victims of Crime, under the umbrella of the DOJ’s Office of Justice. The office will allocate $35 million in housing assistance grants to organizations that work to fight human trafficking, in order for survivors to be afforded safe and secure housing.

The first daughter has used her capacity in President Trump’s administration to make tangible progress in the fight against human trafficking and said that these grants will empower survivors to “rebuild their lives”:

“In the midst of the COVID-19 pandemic, combating human trafficking in the U.S. and abroad is critical work. DOJ’s grant recipients are on the frontlines of this fight, ensuring that survivors across our country are afforded safe and stable housing and empowered with the support and resources they need to rebuild their lives,” she said. “I am incredibly honored to join Attorney General Barr to highlight these organizations and their tireless and vital work.”

These grants from the DOJ follow an executive order signed by President Trump in January that aimed to crack down on human trafficking by strengthening the federal government’s response to the issue.

The administration officials and organization executives will be joined by survivors of human trafficking, who will have the opportunity to share their stories.