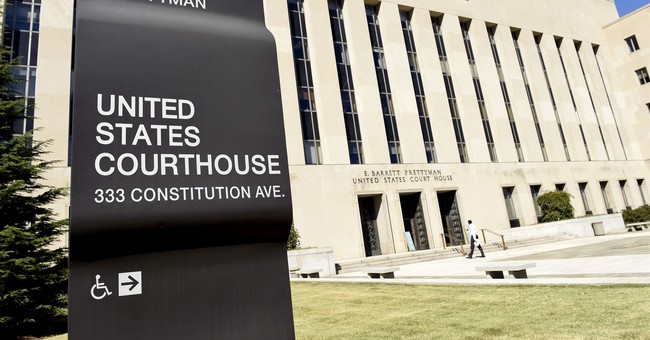 The American Civil Liberties Union (ACLU), a nonpartisan interest group that has historically supported individual rights, is suing Education Secretary Betsy DeVos over her new Title IX reforms on college campuses. Just last week, Sec. Devos released the long-awaited reforms to Title IX; her changes represent a complete overhaul of the Obama-era guidelines for Title IX and sexual misconduct cases. The Obama administration’s Title IX policies were biased against the accused, essentially stripping those parties of due process, and created a bogus evidentiary standard for handling sexual assault and rape cases. The previous guidelines paved an avenue for accusers to wrongfully bring claims of sexual misconduct forward, be taken at face value without proper due process, and for the accused to be wrongfully punished.

The ACLU, an organization which claims to champion civil liberties, including due process and free speech, claims that Sec. Devos’s new guidelines for sexual harassment are not strict enough:

“The DeVos standard redefines what constitutes sexual harassment and assault in disturbing ways. It excuses schools from investigating reports of harassment and assault that take place off campus or school grounds, like at unofficial frat houses, at an apartment on the edge of the campus, or during a school’s own study abroad program.”

The Obama administration’s loose framework led to cases adjudicated on campuses being later overturned in court, and actually undermined the severity of sexual harassment as a crime. Such a loose definition for deeming speech as harassment does a disservice to students who have actually been sexually harassed. Sec. Devos’s new regulation gets it right.

“Sexual harassment and assault have no place in our schools. Federal law imposes obligations on schools to make sure that’s the case. Students shouldn’t have to jump through hoops just to report abuse, and schools should not be allowed to ignore claims of discrimination on the basis of sex when they would have to respond to claims of discrimination on other protected grounds.”

A basic understanding of the new regulations directly refutes the ACLU’s sanctimonious claim. Nowhere in the new guidelines does Sec. Devos’s ED allow for any such discrimination on the basis of sex, and as Sec. Devos has said repeatedly, sexual misconduct in any form has no place on college campuses.

"This new regulation requires schools to act in meaningful ways to support survivors of sexual misconduct, without sacrificing important safeguards to ensure a fair and transparent process. We can and must continue to fight sexual misconduct in our nation's schools, and this rule makes certain that fight continues," Sec. Devos said in an earlier release.

The organization refers to Sec. Devos’s mandate that students report a claim to a Title IX official on campus, rather than any instructor or administrator. After this, if the student wishes, the process, and possible adjudication, will move forward. Such a procedure hardly constitutes a “hoop” to jump through.

The ACLU was once one of the most powerful organizations supporting civil liberties, but is now arguing against stronger protections for due process. Sec. Devos’s overhaul ensures that proper justice is carried out for both parties, and that basic civil liberties, including due process, are not compromised when institutions adjudicate these cases. Protecting basic agency for the accused under Title IX is not mutually exclusive with fair adjudication, nor do such protections impede on rights of the accuser. Sec. Devos's guidelines ensure that institutions practice judicial impartiality without compromising due process or free speech.