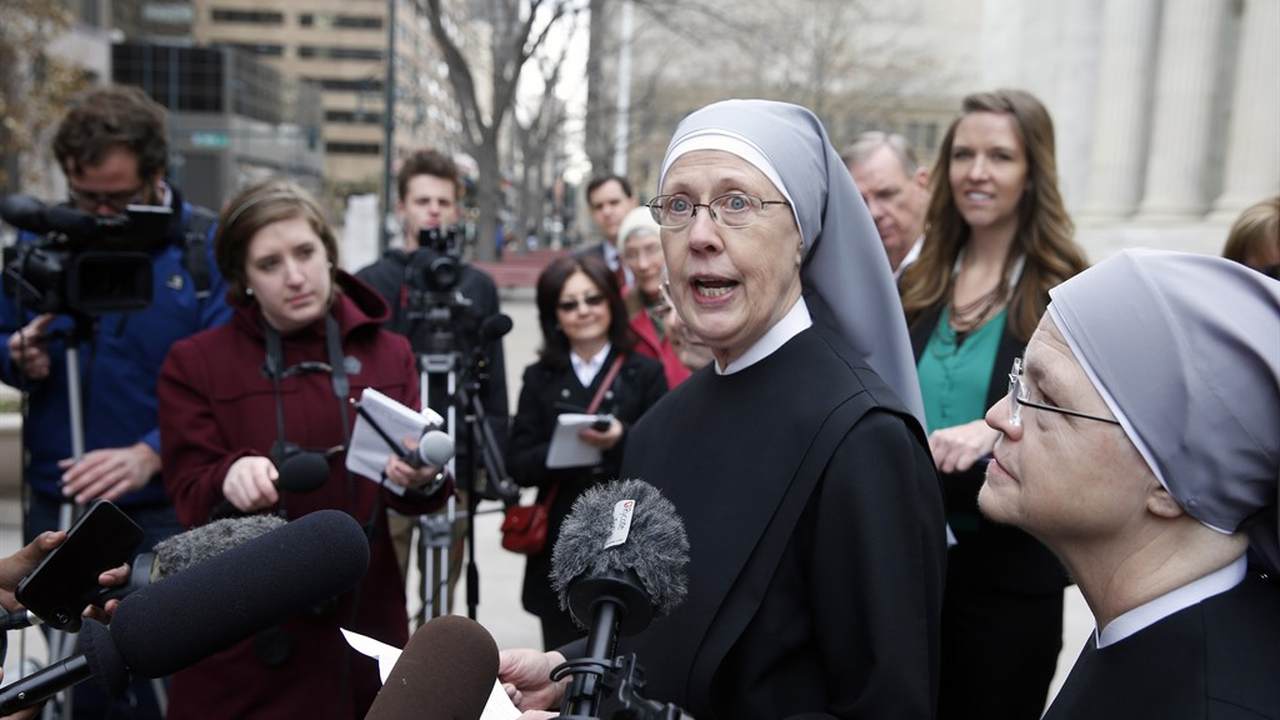 A high-profile religious liberty case was in front of the Supreme Court on Wednesday in Little Sisters of the Poor v. Pennsylvania, marking nearly a decade of court battles.

The Catholic order of nuns originally went to court after President Obama signed the Affordable Care Act into law and implemented the employer mandate, which included contraceptive coverage.

#BREAKING: Come rain or shine or even pandemic, WE STAND WITH THE LITTLE SISTERS! #LetThemServe

Our VIRTUAL RALLY has kicked off! Join us nowhttps://t.co/rnYdGEpmt5 pic.twitter.com/GHw4U6vDq4

#SCOTUS reports J. Ginsburg has undergone non-surgical procedure. She will participate in arguments via phone tomorrow - Little Sisters of the Poor fighting to be exempt from facilitating employee insurance coverage of birth control methods they consider abortifacients. pic.twitter.com/JyUg6mXLex

President Obama’s Department of Health and Human Services (HHS) allowed exemptions for churches, but not faith-based entities with religious objections to the contraceptive mandate.

HHS threatened the Little Sisters with heaping fines if they did not include contraception within insurance plans. The order, alongside religious liberty advocates, argued that the Religious Freedom and Restoration Act (RFRA) of 1993 exempts the Little Sisters from complying with the contraceptive mandate. The RFRA forbids the federal government from implementing a substantial burden on entities that would impede the free exercise of religion unless it is the least restrictive measure. Forcing nuns with religious objections to fund contraception is certainly not the least restrictive means of increasing access to contraception for women.

The Trump Administration rolled out a “conscious protection” rule in 2017, which afforded exemptions to religious entities, but in Little Sisters of the Poor v. Pennsylvania, the attorneys general in Pennsylvania and New Jersey claim the religious exemptions impede on contraceptive access.

Progressive women’s groups echo the complaint about the exemptions, which only protect the free exercise of religion, claiming that immunity from the mandate for religious entities impedes on contraceptive access:

When it comes down to it, this case is simple: people need to be able to control their own bodies, and letting employers or schools step in sets a terrible precedent of allowing them to make medical decisions for us, based on their personal beliefs. #SCOTUS #HandsOffMyBC pic.twitter.com/a5gQbjDw5T

The Trump-Pence administration thinks you should lose birth control coverage just because your boss has a personal religious objection. This sets a wildly dangerous precedent and would harm real people who can’t get the birth control they need. We have a message: #HandsOffMyBC pic.twitter.com/v4A5lJ1O8l

Despite the dramatic meltdown from women’s groups and left-wing attorneys general, the Little Sisters of the Poor and religious liberty advocates who have helped the group make their decade-long case are on the right side of this court battle. The RFRA protects the religious order from complying with a burdensome mandate from the government that violates the free exercise of religion; forced compliance with a contraceptive mandate is not necessary to increase access to contraception nationwide.

The Supreme Court’s decision remains to be seen. Hopefully, the high court will uphold religious liberty and relieve the Little Sisters of the Poor from having to defend their basic constitutional rights against a government mandate.