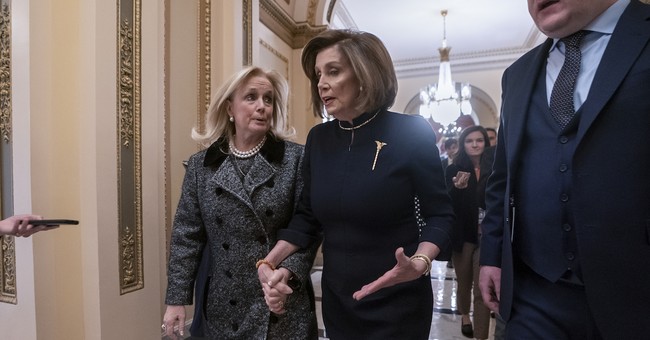 Update: The Senate passed the relief package, and the bill will now head to the House of Representatives:

JUST IN: Deal to expand virus aid includes $250B+ for the PPP program, $60B more for small lenders, $60B in disaster relief loans, $75B+ for hospitals, and $25B for testing - sources (via @KaylaTausche) https://t.co/yFFst2rZCs pic.twitter.com/ghk8UnpdXm

Here’s what’s in the deal: pic.twitter.com/7QhAmXjB7x

The vast majority — $310B — is for replenishing the PPP. Roughly $60B of that total will be allocated to small lenders and community banks. The rest includes ...

This deal took weeks to reach as Democrats held up the funding, hoping to include unrelated, political pork barrel in the final legislation. Leader McConnell commended the bipartisan cooperation, even if it took far too long:

McConnell on deal on next coronavirus bill: I am just sorry that it took my colleagues in Democratic leadership 12 days to accept the inevitable, and that they shut down emergency support for Main Street in a search for partisan ‘leverage’ that never materialized.

I am encouraged that Democrats have finally agreed to reopen the Paycheck Protection Program and abandon a number of their unrelated demands. My full statement on Congress’s new bipartisan agreement to provide additional small-business support, more funding for testing, and more: pic.twitter.com/nDnhxbs9KB

The Senate is slated to pass the deal during a pro-forma session at 4p.m. on Tuesday.

DeSantis Is History’s Greatest Monster For Some Reason
Townhall
David French SO upset over tweet from The Blaze's Todd Erzen he called to TATTLE ... it did NOT go well
Twitchy
Olivia Wilde and Her Trash, New Feminist Movie: 'Don't Worry Darling'
Redstate
The Morning Briefing: Biden's Last Brain Cell May Be the Death of the Republic
PJ Media