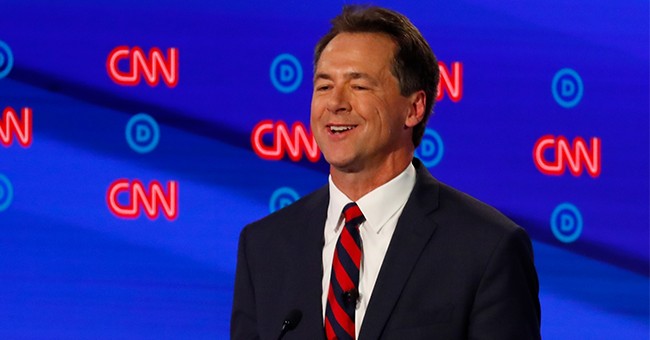 Montana Governor Steve Bullock (D-MT) is currently balancing his duties as governor with a high-profile Senate contest, which he entered in early March, despite claims that he had no interest in running. During his short-lived bid for president, Gov. Bullock insisted that he would not run for the Senate when his presidential hopes inevitably came to an end. With the encouragement of Senate Minority Leader Chuck Schumer (D-NY) and former President Barack Obama, Gov. Bullock seeks to unseat incumbent GOP Senator Steve Daines (R-MT).

Gov. Bullock has Montana under a stay-at-home order, but said this week that he will reopen the economy gradually starting after Friday, April 24th, in consultation with lawmakers and public health officials. The Montana Democrat pledged to release a plan to safely, and cautiously, reopen the state’s economy by the middle of this week, but any such plan has not been unveiled thus far. Gov. Bullock published a Medium post praising the patience of Montanans, and the diligent work of both the Trump administration and public health officials, but no tangible details about reopening the state were given.

I want to open things up as much as any Montanan. We will do it in a way that will protect Montanans’ lives and the recovery of our economy. Read about my plan for Montana here. https://t.co/nocHO3DDRn

Gov. Bullock, is, however, slated to host a fundraiser with a fellow former presidential candidate, Sen. Kamala Harris (D-CA) on Tuesday night:

Though Sen. Harris never really found her policy lane during the Democratic primary, her support signals a leftward shift from Gov. Bullock, who previously claimed to be a moderate Democrat. Gov. Bullock’s campaign is fueled by the Minority Leader’s machine, so he ultimately takes cues from the New York Democrat as he attempts to flip the Senate to a Democratic majority.

Regardless of the stature of his Senate race, Gov. Bullock still has a duty to the people of Montana, who elected him to office. While Montanans wait for their governor to release his plans to reopen the state’s economy, Gov. Bullock fundraises for his Senate bid.