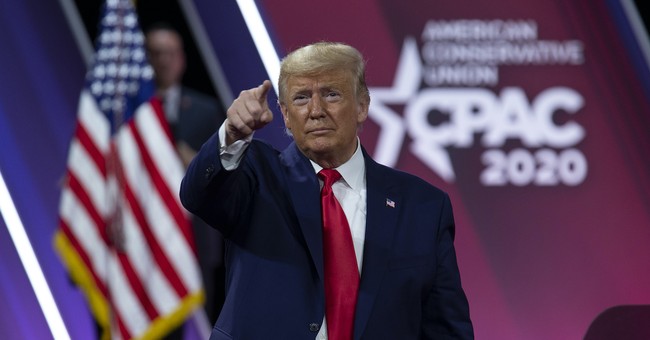 February’s Jobs Report gives yet another economic win to President Trump. Amidst the coronavirus outbreak, which has been amplified by the mainstream media, the Trump economy soared: the jobless rate was 3.5 percent and employers added 273,000 jobs in the month of February. Wage growth remained steady, growing at 3 percent.

Jobs numbers beat expectations for February, with a net gain of 273,000 jobs. The unemployment rate fell to 3.5%. Here’s what we’re watching in the markets today, with @jimwillhite. #JobsFriday #WSJWhatsNow pic.twitter.com/LKc4M40PF8

“This is what you call shared prosperity... This is an absolutely phenomenal” jobs report.

This report is on the heels of the Federal Reserve’s decision to cut rates by half of a percentage point on Tuesday, in order to combat economic effects of coronavirus. The unemployment rate remains at a record-breaking, 50-year low. The Trump economy will undoubtedly be an asset to the president in November:

President Trump touted his economic success during a town hall with Fox News in Scranton, Pennsylvania on Thursday night:

President @realDonaldTrump will be holding his first Presidential Town Hall of 2020 tonight in Scranton.

Here are some of the GREAT things he is doing for Pennsylvania!#TrumpTownHall pic.twitter.com/JOAWMZzxR2