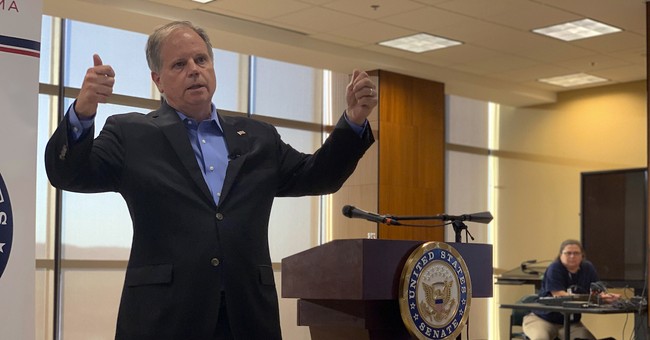 Sen. Doug Jones (D-AL) is one of the more vulnerable incumbent senators on the 2020 map. After his vote to convict President Trump in the Senate’s impeachment trial, Cook Political Report shifted the Alabama Senate race from “toss-up” to “lean Republican.”

Sen. Jones was asked about the issue of late-term abortion ahead of the Senate’s vote on the Pain Capable Unborn Child Act next week. This legislation, which Leader McConnell filed cloture on, would prohibit abortions after 20 weeks of pregnancy, based on research that unborn children can feel pain at this point in gestation. The Senate will also vote on the Born-Alive Abortion Survivors Act, which would mandate that medical care be given to babies who survive botched abortions.

Sen. Jones’ was asked about the very premise of the legislation, late term abortion, and Sen. Jones’ response was far from friendly:

Constituent: “Do you think abortion should be banned after 5 months?”

Doug Jones: “What a stupid question.”

The upper chamber is set to vote on this legislation next week.