Dems to Debate in New Hampshire Ahead of Primary 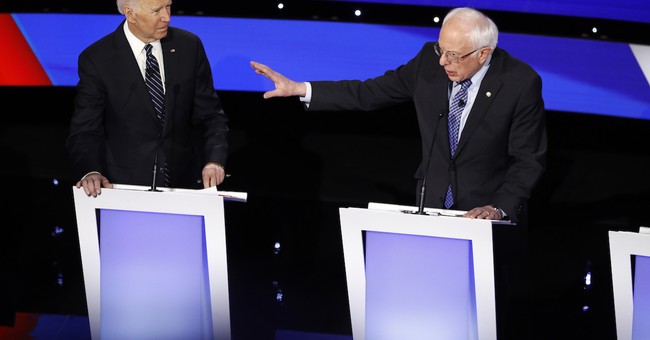 Seven of the Democratic candidates for president will take the stage Friday in New Hampshire, ahead of the state’s primary on Tuesday, in a debate hosted by ABC News. Former Vice President Joe Biden, Pete Buttigieg, Andrew Yang, Tom Steyer and Sens. Elizabeth Warren (D-MA), Bernie Sanders (D-VT) and Amy Klobuchar (D-MN) reached the established donor and polling thresholds and will compete in this debate.

Notably absent from the debate stage is former Mayor of New York City Michael Bloomberg. Despite the exorbitant amount of money Mayor Bloomberg has spent on advertisements and campaign staff, he did not qualify for this debate. The DNC did alter the debate qualifications for the next debate on February 19th by eliminating the individual donor requirement, which will allow Mayor Bloomberg to be present on the debate stage in Las Vegas. This alteration unleashed backlash from progressives, who claim Bloomberg is buying the election.

Friday evening’s debate comes on the heels of the complete disaster in Iowa, following the state’s caucuses. Pete Buttigieg was declared the winner of the Iowa caucuses by a slim margin over Sen. Bernie Sanders, but the chaos and errors in the release of the caucus have stirred controversy in the Democratic Party.

After his previous feud with Sen. Warren, Sen. Sanders is painting Pete Buttigieg as a friend of billionaires, in hopes of winning the New Hampshire primary.

This election is fundamentally about whose side you are on. #PetesBillionaires pic.twitter.com/hZi3uzCmvJ

Former Vice President Joe Biden is no longer the clear frontrunner in this primary and Sen. Warren’s surge appears to be over, so this primary is anyone’s to win. After Iowa, Buttigieg and Sanders are competing for the top spot. The three-hour debate leaves plenty of time for personal attacks among the White House contenders.

This New Peer-Reviewed Article Could Be a Game-Changer
Townhall
Gov. Doug Ducey throws ice-cold water on Trump's call to decertify the 2020 election in Arizona
Twitchy
Pelosi Backs off Monday Vote on Infrastructure, Which May Be the Death Knell of Biden's Agenda
Redstate
FBI Narrative About the Jan. 6th Capitol 'Insurrection' Is IMPLODING
PJ Media