BREAKING: GOP Has the Votes to Block Witnesses and End Trial 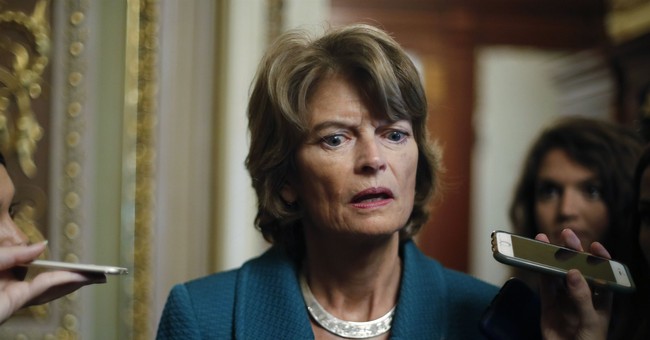 It is game over in the Senate chamber for President Trump's impeachment trial. Sen. Lisa Murkowski (R-AK) put the nail in the coffin of the Democrats' lazy, political, hyper-partisan impeachment attempt. The debate at hand was over calling additional witnesses to the Senate chamber. It was unclear whether or not Senate Majority Leader Mitch McConnell (R-KY) had the votes to block the Democrats' attempt to compel these additional witnesses, mainly former National Security Advisor John Bolton.

After much speculation, Sens. Susan Collins (R-ME) and Mitt Romney (R-UT) announced that they would indeed vote to hear from more witnesses. The late-night surprise was from Sen. Lamar Alexander (R-LA) Thursday night, when he announced that he would not support additional witnesses.

The last unknown GOP vote was Sen. Lisa Murkowski (R-AK). She announced early Friday afternoon that she will vote no on additional witnesses.

Murkowski statement: “I have come to the conclusion that there will be no fair trial in the Senate. I don’t believe the continuation of this process will change anything. It is sad for me to admit that, as an institution, the Congress has failed." pic.twitter.com/jNQU3BfbzP

This ensures that Leader McConnell will be able to block additional witnesses, and that this long, painful, boring impeachment trial is finally coming to a close. Sen. Murkowski also ripped the effort by the Democrats to demonize Chief Justice John Roberts, and label him as a partisan.

(1/5) I worked for a fair, honest, and transparent process, modeled after the Clinton trial, to provide ample time for both sides to present their cases, ask thoughtful questions, and determine whether we need more.

(2/5) The House chose to send articles of impeachment that are rushed and flawed. I carefully considered the need for additional witnesses and documents, to cure the shortcomings of its process, but ultimately decided that I will vote against considering motions to subpoena.

(3/5) Given the partisan nature of this impeachment from the very beginning and throughout, I have come to the conclusion that there will be no fair trial in the Senate. I don’t believe the continuation of this process will change anything.

(4/5) It is sad for me to admit that, as an institution, the Congress has failed.

It has also become clear some of my colleagues intend to further politicize this process, and drag the Supreme Court into the fray, while attacking the Chief Justice.

MURKOWSKI IS A NO on witnesses.

Said the House process was so partisan and unfair that a fair Senate trial is not possible.

In damning statement, she writes that Congress has failed.

The Senate will finally be able to get back to doing the legislative work that matters, for the American people.