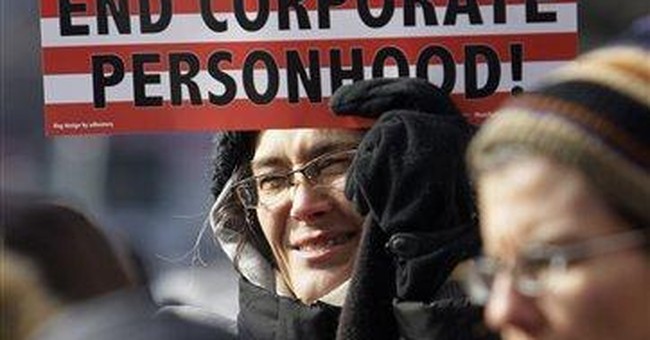 Tuesday marked the 10-year anniversary of a critical Supreme Court decision in Citizens United v. FEC. The high court affirmed one of our most fundamental freedoms in this landmark ruling: freedom of speech. The case is centered around conservative-nonprofit Citizen United’s controversial documentary exposing Hillary Clinton’s corruption ahead of the 2008 Democratic primary. The law at the time allowed the federal government to have jurisdiction over corporations’ speech in films such as this one, which brought this case before the court. McCain-Feingold, a bipartisan campaign finance reform bill, barred corporations from referring to candidates 60 days before a general election or 30 days before a primary election. Although embraced by both sides of the aisle, this reform was blatantly unconstitutional on account of the severe restriction on the free speech rights of citizens and corporations. Ultimately, the Supreme Court stood with the First Amendment and overturned these sections of the restrictions.

Citizens United has stirred massive controversy in political circles, and Democrats have historically been critical of the court’s ruling, but mainstream liberals have been even more critical of the ruling in recent years. Consistent with the Left’s trends of vilifying corporations and impeding on free speech, mainstream Democrats have called for the overturn of Citizens United:

We need a constitutional amendment to overturn Citizens United.

Ten years ago today, the Supreme Court's decision in Citizens United unleashed hundreds of millions of dollars in corporate and special-interest money into U.S. elections. The next president should propose a constitutional amendment to overturn the decision.

We are going to overturn that decision and get corporate money out of politics.

The demonization of corporations and "big money" is an attempt to court voters and appear relatable, but in reality, Citizens United is centered around a singular, fundamental liberty: free speech. This ruling was a brilliant display of jurisprudence by the Supreme Court, and renewed the right of Americans to speak freely, and thus criticize politicians digitally. Criticisms of the ruling in Citizens United from Democrats running for office, on account of 'big money in politics,' also mark the height of hypocrisy; virtually every Democratic candidate calling for the overturn of Citizens United, in order to keep 'big money' or 'special interests' out of politics, has taken corporate PAC donations at one point or another.

Democrats use the progressive buzzwords ‘special interest’ to demonize Citizens United, but in reality, small-dollar donations fuel the most successful political campaigns. Per federal law, which the court upheld in Citizens United, corporations cannot actually donate to candidates, only indirectly through Super PACs. This argument really has no standing.

Those watching should also note that Democrats love to praise the legal principle of Stare Decisis when convenient, for cases such as Roe v. Wade, but then call for the overturn of rulings that do not fit their agenda, such as Citizens United and District of Columbia v. Heller. This was especially evident during the confirmation hearings for Justice Brett Kavanaugh: Democrats implemented a litmus test, vowing to only support judicial nominees who would employ Stare Decisis in defense of Roe v. Wade. Judicial precedent is only honored by Democrats at their own political convenience.

Citizens United was an unquestionable win for free speech, and empowers Americans to invest in, and speak without consequence about, candidates for political office. The court’s ruling in Citizens United gave the power back to the individual and shrunk the jurisdiction given to the federal government over the choices citizens can make.