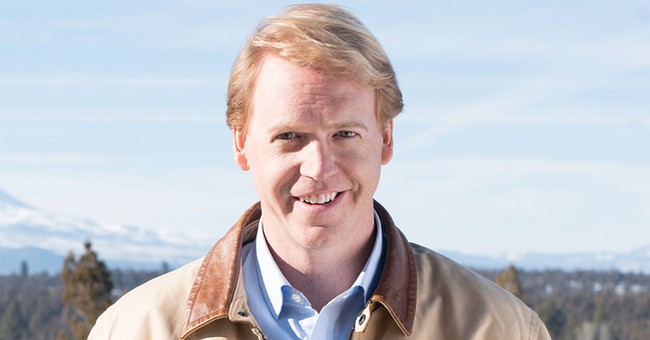 Both Republicans and Democrats seek to have the majority in the House of Representatives come 2021, and both parties are seeing large primary contests in many Congressional districts. Oregon’s second congressional district has historically been a reliable hold for the GOP, according to FiveThirtyEight. The district’s current incumbent is Republican Greg Walden (R, OR-02), who won the district with 56 percent of the vote over his Democratic challenger in 2018, despite the wave of Democratic enthusiasm. The district voted for President Trump in 2016, although Hillary Clinton won the state by a comfortable margin.

Walden is retiring, leaving this solid GOP seat open. A few Republican contenders seek to represent this district, including Conservative businessman Jimmy Crumpacker, who just announced his bid today. Crumpacker, a seventh-generation Oregonian, already has $600,000 in the bank, per a release from his campaign, which is nothing short of a comfortable start for a congressional primary.

“I’ve spent my career in the private sector, promoting capitalism and seeing first hand what the power of free markets and a strong private sector can do to grow the economy and increase wealth for middle-class Americans. I can’t wait to get to work advancing President Trump’s America First agenda and making sure rural Oregon enjoys the same economic boom the rest of the country has under President Trump’s leadership,” Crumpacker said in the release.

Starting with the historic election of President Trump, which blew the minds of many pollsters and pundits alike, more political outsiders are running for political offices up and down the ballot. Candidates such as Crumpacker are able to relate to the average Americans, and voters, especially GOP voters, appreciate candidates who exist outside of the Washington Beltway swamp.

The Oregon-02 primary will be decided on May 19, 2020. With lots of campaign time left, Crumpacker appears to have a strong start to his bid for Congress. Watch his inaugural advertisement here: