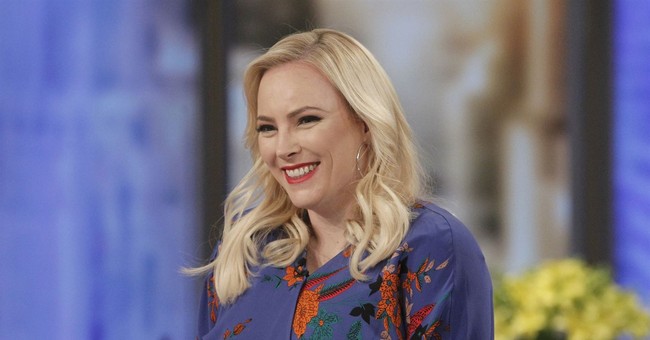 Meghan McCain came to the defense of her late father, American war hero and Sen. John McCain (R-AZ), on Sunday, this time to address controversial comments from presidential hopeful, Sen. Amy Klobuchar (D-MN). The Democratic candidate quoted Sen. McCain, who she said told him the following in the early days of the Trump Administration:

It is well-known that President Trump and Sen. McCain were not friends. Trump criticized McCain on numerous occasions, most notably in July of 2015 in the heat of the general election:

“He’s not a war hero. He was a war hero because he was captured. I like people who weren’t captured,” then-candidate Trump said.

The feud did not end when McCain passed away. The president continued to take shots at the senator's legislative record, most notably his famous “thumbs down” vote on the “skinny repeal” of Obamacare in 2017. President Trump also took to Twitter in March to accuse McCain of elevating the infamous Steele Dossier:

"Spreading the fake and totally discredited Dossier 'is unfortunately a very dark stain against John McCain’...He had far worse 'stains' than this, including thumbs down on repeal and replace after years of campaigning to repeal and replace!"

Meghan McCain, a vocal conservative, has often criticized the president, especially with respect to his attacks on her father:

McCain politely asked Sen. Klobuchar to leave her father out of this presidential race, which is shaping up to be an intense fight:

On behalf of the entire McCain family - @amyklobuchar please be respectful to all of us and leave my fathers legacy and memory out of presidential politics.

It appears Klobuchar invoked the alleged comment from Senator McCain in an attempt to woo moderate and Republican voters. Despite disagreements with President Trump, McCain is still popular among Republicans Independents. The weaponization of a hero’s legacy for the sake of votes has no place on the campaign trail, critics say, especially in this dog fight of a Democratic primary.