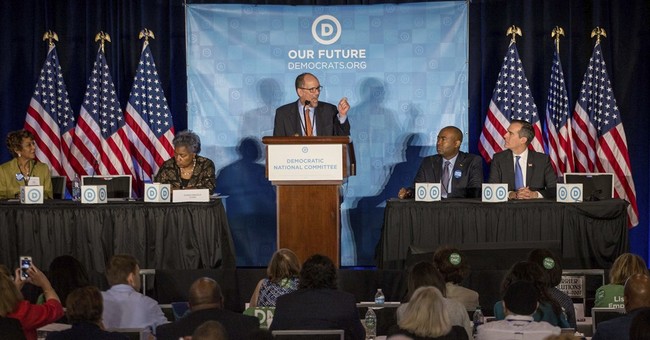 The Democratic Party has once again found itself in a civil war over the hot button issue of abortion and reproductive rights. As Lauretta wrote yesterday, the progressive left was not having it. The idea of accepting pro-life, left-leaning candidates into the Democratic Party was painted as an attack on Democratic women and a betrayal of abortion rights.

Rep. Ben Ray Luján (D-N.M.), chairman of the Democratic Congressional Campaign Committee, debunked the narrative that abortion will be a key gauge of party loyalty for Democrats in the 2018 midterm elections:

“There is not a litmus test for Democratic candidates,” he told The Hill.

“Every Democrat, like every American, should support a woman’s right to make her own choices about her body and her health. That is not negotiable and should not change city by city or state by state,” Perez said in an April  statement.

Luján is right to advocate for accepting pro-life candidates into the Democratic Party. One of the Democratic Party’s most crucial problems is their inability to resonate and identify with the American people. The average American voter opposes abortion in some capacity. A May 2017 Gallup poll shows that 50 percent of Americans only believe that abortion should only be legal in certain circumstances. Marist found in January that 59 percent of Americans, including 40 percent of Democrats, believe that abortion is morally wrong; and a Real Clear Politics poll gathered that support for abortion among both genders is waning:

And 61 percent of women think it is important, or an immediate priority, for our government to restrict abortion in this way, a slightly higher percentage than the 59 percent of all Americans who hold this position.

Not surprisingly, the majority of American women (59 percent) say abortion is morally wrong, the same percentage of all Americans who agree.

And a majority of women (51 percent) believe that abortion causes more harm than good in the long run; 50 percent of all Americans agree. (Real Clear Politics)

The Democratic Party has shifted to the left on many fundamental issues, including abortion. The party is no longer the “safe, legal and rare” party. Abortion rhetoric has become increasingly radical on the left, and the above data shows that abortion advocacy ultimately does not resonate with the average American voter.

What better strategy than to betray their base and reaffirm that women's basic rights are negotiable and disposable. Good luck, boys. https://t.co/xRYri4tISS

We can't truly make economic security a priority w/o strong pro-choice candidates. There is no econ sec w/o #reprofreedom. #NotWithoutRepro https://t.co/9oqVt05lGe

The best reaction of all came from none other than Rosie O'Donnell, calling for American women to form their own political party:

WOMEN SHOULD FORM OUR OWN PARTY IF DEMS DO THIS #dontYOUdare https://t.co/wxYyEaGn3V

Accepting pro-life Democrats would merely be living up to the Democratic Party’s mantra of being the party of “diversity and inclusion.” Extreme abortion rhetoric is not a winning strategy, and has been proven so with Hillary Clinton's loss to Donald Trump in 2016. Claiming abortion as an economic issue and advocating for abortion on demand will not give the Democratic Party the morale boost it needs, and certainly will not bring centrist and blue-collar voters back to the party. To have any prayer or glimmer of hope for a 2018 Democratic majority in the House, Democrats need to unite and re-identify with Americans, at which they have recently failed.