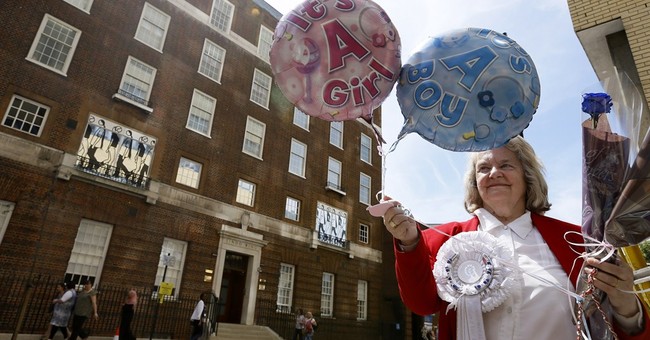 Liberal magazine Cosmopolitan is up to its usual tricks, shoving the liberal feminist agenda down its readers throats, this time slamming the popular trend among parents-to-be of gender-reveal parties.

The article framed these parties, which many expectant mothers and their spouses enjoy leading up to welcoming their baby into the world, as unnecessary and as a barrier to the furtherance of the modern feminist movement.

“At a time when work, family obligations and, you know, the dismantling of patriarchal social structures are stretching us all thinner than Anne Hathaway in Les Miserables, why are we focusing our energies on yet another afternoon of baby bagatelle,” the author wrote.

Of course, the post claimed that these celebration impede on a woman’s value, whatever that means:

“But my discomfort with the gender-reveal party goes beyond my standard objection to fanfare surrounding gestational markers—which is primarily that, because we don't celebrate non-pregnancy-related milestones with the same enthusiasm, we're reinforcing the archaic notion that a woman's value rests squarely in her ability to grow tiny humans.”

It is unclear how a woman celebrating the life and gender of her baby, alongside family and friends, is demeaning or devaluing. Why do women, on both sides of the aisle, deserve to be shamed for celebrating the life of their child? Is the feminist movement not supposed to represent all women?

As is typical of the Left, the author then began a rant about how these celebrations are illegitimate because gender is a “social construct," which Dictionary.com defines as the following:

social construct: a social mechanism, phenomenon, or category created and developed by society; a perception of an individual, group, or idea that is 'constructed'through cultural or social practice

Cosmopolitan clearly has a wide-interpretation of a social construct. Somehow, a gender-reveal party impedes on the concept of gender identity, which has been coined by the Left.

“For starters, gender-reveal parties don't actually reveal gender—they reveal anatomy. Gender is a wholly different thing, inextricably tied to the social constructs around it. (Fun fact: Blue used to be the color most associated with little girls, due to its association with the Virgin Mary. But Hitler—yes, Hitler—feminized the color pink by forcing gays to wear triangles in that shade during World War II.) A gender reveal conflates the two.,” the author wrote.

Gender-reveal parties do not devalue expectant mothers or impede on anyone’s potential gender identity. These celebrations are representative of parents-to-be basking in excitement for the life of their child. This article can be added to the pile of opinion pieces that shame women who dare not accept the liberal feminist agenda.