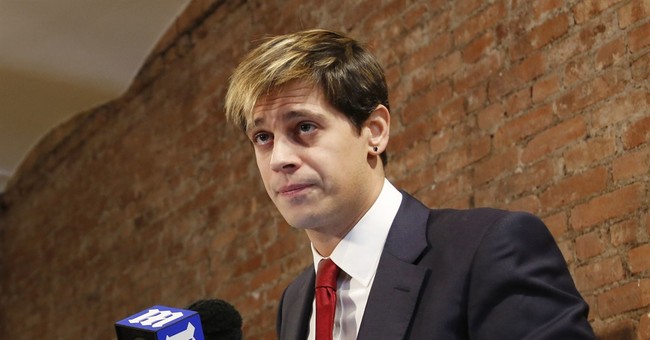 Milo Yiannopoulos is giving his critics a run for their money with his new, self-published book Dangerous, that just became Amazon’s # 1 bestseller. After facing roadblocks from Simon and Schuster, who pulled out of the book deal after a controversial comment from Milo, the controversial, conservative figure is shattering the left’s hatred with his 288-page work containing chapters with titles such as “Why Feminists Hate Me,” “Why The Left Hates Me,” and “Why The Media Hates Me.” These loaded titles were penned after Yiannopoulos's planned speech at the infamous conservative-silencing campus, UC Berkeley.

In an interview with Breitbart, Yiannopoulos discussed his book’s success without any help from the mainstream media, which is arguably his largest critic:

“...we sold 100,000 copies of my book within the first twelve hours of it being on sale, including the pre-sales, and we did it without a single mainstream interview,” he said.

In a Facebook post, per the Washington Times, Yiannopoulos also criticized the mainstream media for not covering the skyrocketing sales of his book:

“Number of stories in the mainstream press announcing that my book is number one again, sold out within hours, has shipped more than 100,000 copies: zero...But CNN has plenty of coverage for you threatening a guy who made a cartoon. We don’t need them, folks!"

The scathing exposé of the Left’s hatred of conservatives can be purchased on Amazon. Yiannopoulos is throwing a book launch party for fans tonight in Manhattan.