"These Deaths Are Preventable:" Grieving Families Join Together To Take Action on Illegal Immigrant Crime 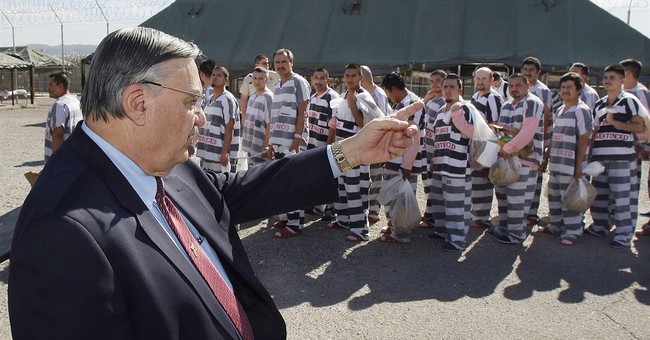 Washington, D.C. -Illegal immigrant crime is facing new opposition with the launch of the Advocates for Victims of Illegal Alien Crime (AVIAC).

The group was founded by Mary Ann Mendoza and Don Rosenberg, who both lost their children to illegal immigrant felons. The founders are joined by more Americans whose children and loved ones have been killed by illegal immigrants. AVIAC aims to be a resource for victims of illegal alien crimes, such as assault and battery, identity theft and rape; the organization also seeks to serve families of these victims.

Representative Steve King (R-IA) is one of the organization’s strongest advocates, promising to push legislation such as Sarah's Law and Kate’s Law. Rep. King is a proponent of strong immigration policy and was the keynote speaker at AVIAC’s launch event. He cited a heavy amnesty time period under President Ronald Reagan:

“In 1986, Ronald Reagan was honest. He called his legislation amnesty. Now, they just call it comprehensive immigration reform. We know it means amnesty...I thought he would veto it [amnesty] because I thought he understood that we have to uphold the rule of law.”

“We’re on the cusp of restoring the rule of law,” he said on the new administration.

Rep. King rightfully pointed out the sad truth that is often untold about illegal immigrant crimes: that each and every one is avoidable.

“Every one of those lives that have been snuffed out by someone who is unlawfully in America, illegal aliens, is a preventable death,” he said.

Rep. King brought up that although illegal immigrants commit more crimes than American citizens, the most crucial offense is executed on arrival by illegal immigrants. Coming to America illegally is a federal crime. He criticized Democrats for overlooking the immigration problem, and using it for political capital.

“Hillary Clinton would fast track citizenship to anyone who would vote as a Democrat,” King said.

Attendees of the event had the opportunity to hear from the families who lost their children and loved ones at the hand of illegal immigration. The group gathered from across the country, from California to Massachusetts, in support of the same cause, and with losing loved ones in common.

Michelle Root, who lost her daughter Sarah, who is the namesake of Sarah’s Law, spoke to the support aspect of AVIAC:

“When my daughter Sarah was killed last year, I wish I had an organization like this to turn to...AVIAC is important to me and the rest of the families standing here today, and many Americans...because we share the same grief. All of our loved ones would still be here today if it weren’t for the person who was here illegally.”

“We stand here today to speak truth, standing up for loved ones we lost, for other victims who have been silenced and for future generations of Americans who deserve to be safe and secure,” she added.

Watch the launch video for Advocates for Victims of Illegal Alien Crime here: