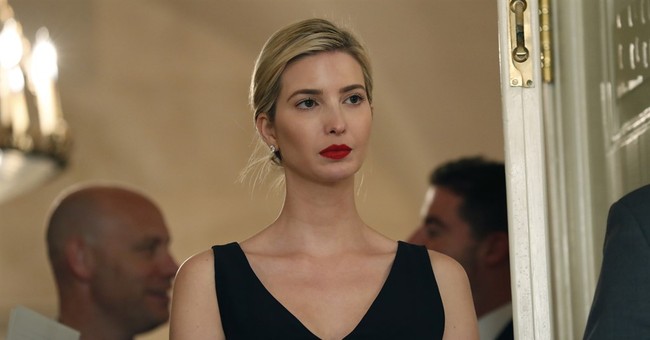 It is no secret that the modern feminism is less-than-inclusive to pro-life, conservative women. Since her coming into the national spotlight with her father’s candidacy and eventual presidential win, liberal feminists routinely criticize Ivanka Trump for not complying with the radical feminist agenda. Rather than empowering a fellow woman, as the movement claims to do, Ivanka is labeled as not enough of a feminist.

Feminist magazine Bustle has continuously unloaded on Ivanka, calling her both a “corporate feminist,” and a “cool girl feminist.”

“...Ivanka Trump may be the most dangerous Cool Girl of all...because she has the largest platform in the world to spread her particularly insidious brand of feminism. Both Ivanka and the Cool Girl embody a noxious brand of toothless femininity, one that allows women to gain power by perpetuating male supremacy, rather than challenging it.”

It is unclear how advocating for equal pay for women, paid family leave and equal opportunity in the workplace, which are all not typical of the conservative agenda, somehow perpetuates “male supremacy.”

Most recently, Bustle labeled Ivanka as “The Most Dangerous Thing To Feminists in 2017,” in an article purely focused on the first daughter’s feminist agenda that is atypical of modern feminism:

“The administration as a whole is toxic to the feminist movement, but Ivanka Trump may well be the one person we should fear most...Ivanka might be the most dangerous thing to feminists this year, and it's not just because she helped propel her father, who's made numerous misogynistic comments, to the presidency. It's because she's the faux-feminist veneer behind which the Trump administration is hiding.”

As is typical of modern feminists when critiquing conservative women, the article attacks Ivanka for her pro-life views, which she has not even been overly vocal about, and questioning of Planned Parenthood as an organization. The author calls these two views “anti-women government.” The majority of modern feminists, most with liberal tendencies, truly believe that women who are pro-life, or simply critical of Planned Parenthood, should not be welcome in the feminist movement.

The article even went on to call Ivanka’s new book, Women Who Work, “ostentatiously frivolous.” The female empowerment displayed by the movement is overwhelming.

Now, the first daughter is not above critique by any means. The issue lies with the immature, “fake feminist,” criticism that Ivanka receives for her right-leaning views. The modern feminist movement does not get to decide what defines a feminist. The broader theme is supposed to be equality and inclusion of all women, not denouncing women who may disagree with modern feminists on the issues.

Modern feminists continuously claim themselves as a group of champions for women who get to pick the issues that are important for women. Any woman, conservative or otherwise, who rejects the agenda set by modern feminists is not welcome in the movement, and certainly is not a “true feminist.”

Rather than empowering and supporting a fellow woman who has repeatedly spoken out in favor of women’s rights, modern feminists choose to routinely denounce Ivanka and label the first daughter as a “fake feminist.”