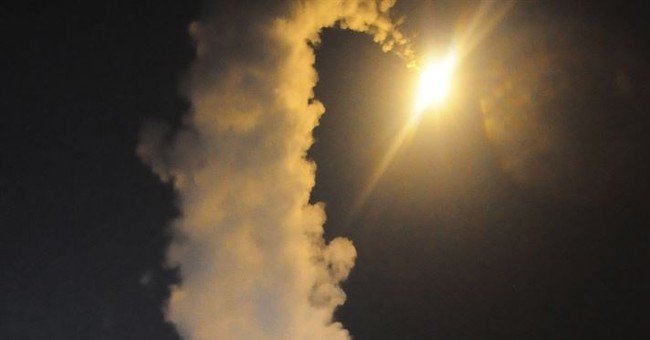 It didn't take long for South Korea to respond to a missile test conducted by its neighbor to the north on Wednesday. After the North Korean regime launched a missile early Wednesday morning, the South Korean military responded with launches of its own in a matter of minutes.

In the dead of night, at 3:17 a.m., a South Korean air force Boeing 737 early-warning aircraft detected the first missile launch from North Korea in more than two months.

Six minutes later, the army’s ground-based launchers, navy Aegis destroyers and air force F-16 jets began firing missiles into the waters off eastern Korea, in what was meant as a demonstration of Seoul’s readiness for conflict and its ability to hit back. via Wall Street Journal

Though the South Korean military was able to mobilize a quick response, officials worry that if North Korea were to launch a real attack against Japan, South Korea, or the United States, the response time would not be as fast.

According to reporting by the Wall Street Journal, the South Korean military has a couple of ways to counter a potential missile strike. But in a real crisis, they may not be effective.

Because it lacks a satellite, the South Korean military relies on satellite images from Japan and the U.S. to detect possible North Korean launch sites. Officials are concerned that North Korean Dictator Kim Jong-un will create fake missile sites to hide its movements, which would make the job of locating the true launch site of an ICBM much more difficult.

The South Korean military can also track a North Korean missile by hacking a device normally attached to it. But in a real launch, the North Koreans may not attach these devices.

Analysts said North Korean officials install devices onto missiles that generate signals and send them to ground-based control towers. The South has a way to tap into these signals and track the missiles, they said.

But in a real missile launch targeting a South Korean, Japanese or U.S. city, the North Koreans may choose not to install them, said Jo Dong-joon, deputy director of the Institute for Peace and Unification Studies at Seoul National University. This means that the South might have no way to track a hostile missile, Mr. Jo said.