Jay-Z: 'America is Way More Sexist Than They Are Racist' 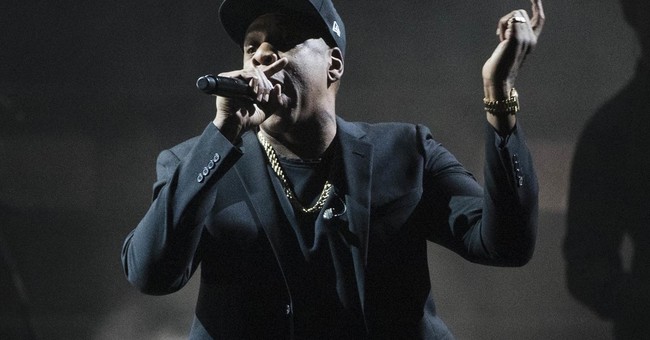 At a concert in Cleveland, Ohio, on Sunday millionaire rapper Jay-Z made an interesting statement about sexism and racism in America.

During a break between songs, Jay-Z turned to a nine-year-old girl in the crowd and said, "Now remember, like I was saying, you can be anything that you want to be in the world. Okay? Now I'm going to tell you something. At this very moment, America is way more sexist than they are racist. Now you young lady, you got the potential to be the next president of the United States."

The statement that America is more sexist than racist drew cheers from the crowd and comes as Hollywood stars, politicians, and journalists have had sexual assault and sexual harassment allegations surface against the communities, almost, on a daily basis.

Ironically, after his statement, Jay-Z hyped up the crowd for the intro to his song "N***** in Paris."

Watch the video posted by TMZ below.

The hosts of The View found Jay-Z's comments interesting as well and discussed whether Jay-Z was correct or if racism and sexism were both problems in the United States.

The discussion touched on the sexual assault allegations against Sen. Al Franken (D-MN) and Republican Senate candidate Roy Moore, the racism seen at a white supremacist rally in Charlottesville, the gaining popularity of fascism in a party in Germany, and, of course, previous comments made by President Trump.

Joy Behar said, "It's like two groups of people who are being victimized in the world, why fight about it? It's both."

Co-host Ana Navarro also stated, "After what we've seen this year, this has been a very tough year for America, the viciousness we have seen is horrible, what we saw in Charlottesville, I'm not sure that I'll say its more racist or more sexist. I think we've got a problem on both fronts and we gotta confront all those problems."

Watch reactions from the hosts of The View.