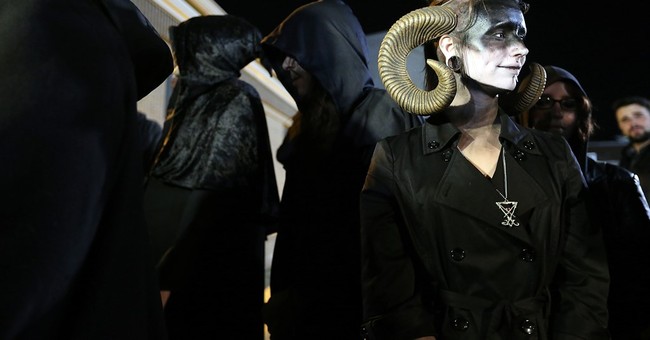 An adherent of the Satanic Temple in the state of Missouri is having her case brought before the state's supreme court as she is challenging the constitutionality of Missouri's abortion laws, claiming they violated her religious beliefs.

"The Kansas City Star" reports, Mary Doe, as she is being identified, had an abortion in May 2015 after complying with the state's informed consent law that requires a woman who is going to undergo an abortion to wait 72 hours before having it performed.

Those undergoing an abortion also have to sign a form that says they have read a booklet which states, "[t]he life of each human being begins at conception. Abortion will terminate the life of a separate, unique, living human being."

Doe claims that the 72-hour waiting period and signing the form acknowledging life begins at conception is a way for Christians to guilt trip women into changing their minds. According to Doe, saying a "human being begins at conception" and that an "abortion will terminate the life of a separate, unique, living, human being" is a violation of her religious beliefs as she does not believe life begins at conception. The satanist claims the law endorses a worldview held by some Christians and does not allow the religious beliefs of others to be considered, and therefore, should be repealed.

"The Kansas City Star" explains that this will be the first abortion case to be heard by the Missouri Supreme Court or U.S. Supreme Court that argues an informed consent law violates an individual's religious beliefs.

No matter how the Missouri Supreme Court rules, it will establish a new precedent in the abortion debate. Hopefully, Missouri's court will side with life.

The Satanic Temple is to encourage benevolence and empathy among all people, reject tyrannical authority, advocate practical common sense and justice, and be directed by the human conscience to undertake noble pursuits guided by the individual will.

Apparently, "benevolence and empathy" does not extend to the unborn and their "noble pursuits" involve making the lives of others a living hell.