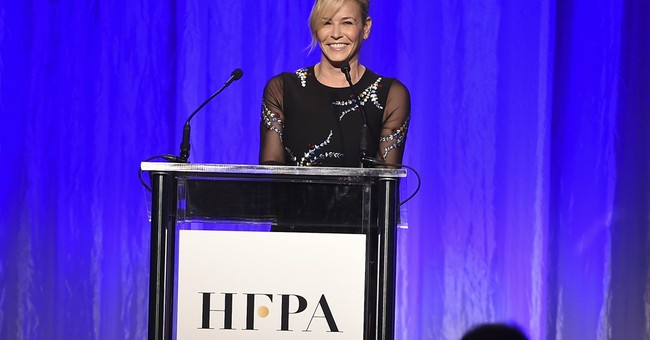 Leftists, to distinguish them from liberals as conservative Ben Shapiro does, continue to up their level of absurdity. Just when you think they have outdone themselves with an idiotic tweet or political statement they raise the bar.

Handler may be joking here, but the joke isn't funny. Seeing a high level of animosity toward President Trump is not unexpected, that is the day and age of partisan politics. People on the far left and the far right will loathe those on the opposite side of the aisle regardless of how good or bad a politician may be.

What is not expected are the statements that say President Trump is "literally Hitler" incarnate or that President Trump is somehow viler than the North Korean despot who executes dissidents, musicians for example, in front of hundreds of people by strapping them to anti-aircraft guns. The ruthless North Korean doughboy has sex slaves, has executed family members, and has had a military official executed for falling asleep during one of his speeches. He terrorizes surrounding sovereign nations with missile launches and on Friday morning stated he would detonate a nuclear bomb in the atmosphere. Yes, tell me again how Kim Jong-Un is the more sane individual.

Furthermore, "Rocket Man" would rather spend money on his military, a military that would not last long versus a world superpower, than feed his starving people. Let's not forget that several Americans have been held hostage by the rogue regime over the years and just a few months ago Otto Warmbier, a United States college student, was severely tortured at the hands of his captors and sent back to the United States where doctors could not save him.

Below, Allie Stuckey, The Conservative Millenial Vlogger and a contributing host of TheBlaze, tears into Handler for her tweet.

For a "comedian," Chelsea Handler could use a lesson in irony. pic.twitter.com/0bOdeWbkBC

Stuckey states that when liberal elites make asinine comments like Handler's, they tend to forget that if they had what they wanted or joked about, they would not like the situation they would find themselves in. Handler would only be able to tell jokes that Kim Jong-Un would approve of and she would be forced to treat Kim Jong-Un like a god. Handler, if she were brave enough to stand up to the dictator, would be imprisoned and sentenced to decades of hard labor where she would most likely never see the light of day again. What about her right to freedom of speech? She could kiss that goodbye.

Today, Leftists may honestly believe what they say. Or they could be simply trying to out-do one another by seeing who can be the most outrageous and get the most attention. Regardless of the motivation, it only furthers the political divide in this country and shows why President Trump won the presidency in the first place. If they keep this up, they may as well give President Trump 2020 right now.