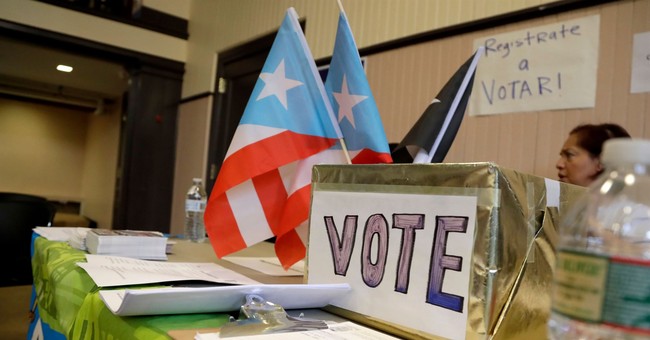 Well into the morning, truck drivers sat at distribution centers with empty containers, waiting for the elections commission to release the ballot backlog. Some centers that received notification ahead of time rescheduled their polling hours, causing widespread confusion. Staffers grew impatient and abandoned their posts, while others were ordered to shut down centers by their municipal leaders. Hundreds of voters were forced to return home on Sunday without voting, as centers received ballots hours too late or not at all.

Puerto Rico’s Governor weighs in on the Election Day (primary) disaster: “This is totally unacceptable and outrageous! What happened today by the State Elections Commission is unprecedented and there is no excuse that can support it.”
Wait for the comments. https://t.co/uoLThvpYyX

The elections commission is “not attending to the press,” according to a spokesperson.

I just interviewed the Puerto Rico elections commission chairman:
•He feared ALL WEEK ballots wouldn’t arrive on time for the primary
•He claims he kept calling the printing company CEO
•He never blew the whistle
•He thought they could pull it offhttps://t.co/qGWhT5KT1D

The Financial Oversight and Management Board issued a statement on Sunday excoriating the elections commission for its “dysfunctional” voting operation: “The disruptions today are the result of inefficient organization at an agency that only two weeks ago struggled to procure the printing of ballots for an election that was originally supposed to take place on June 7. This is not an issue of funding.”

Both majority and minority party presidents moved to suspend voting late Sunday, calling for a partial primary the following week. Pandemic circumstances had already compelled officials to delay the election from June to August. The elections commission agreed to suspend voting on Sunday, ruling to only allow voting in locations where stations remained closed throughout the entirety of the election period.

On Tuesday, Gov. Wanda Vasquez sued to allow participation at voting centers that had opened late, not only those that had never opened at all. She also protested efforts to release unofficial results prior to the August 16 redo.

“The uncertainty created since the process began in morning hours caused thousands of voters to leave the voting centers where chaos and confusion reigned,” she said. The island’s supreme court agreed to take the case.

Puerto Rico PNP candidate @pedropierluisi: There is no legal basis for the suspension in the primaries...The entire electoral system of Puerto Rico has been violated, hundreds of thousands of voters have been prevented from exercising their right to vote. This is an embarrassment https://t.co/uRgwkEb7Lq

Some are attributing the disastrous outcome to the ineptitude of an amateur election commission after Vasquez dismissed vice-presidential electoral commissioners following election reforms passed in June.

The sweeping reform bill weathered criticisms from all parties as it was being discussed. Vasquez said it would provide increased access to absentee voting, but civil liberties organizations and opposition parties took umbrage over an online voting provision.

They said it would jeopardize election security and reduce public trust in the effectiveness of their vote. The ACLU, which has now filed a separate lawsuit against the Puerto Rico election commission for its failure to deliver ballots, then lobbied against the online voting measure.

“The right to vote isn’t just the right to cast a ballot, but also to have your vote count. Our concern is not only that the voting rights of the Puerto Rican population will run the risk of being tampered with, but also that they won’t necessarily know that their vote counted,” said Mayte Bayolo, an attorney for ACLU’s Puerto Rican branch.

Responding to fierce opposition, Vasquez cut the online voting provision from the bill before signing it into law.