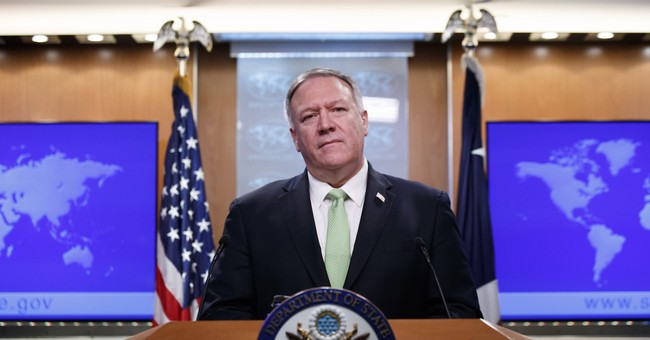 A federal probe exonerated Secretary of State Mike Pompeo for his 2019 arms sale to Saudi Arabia that used emergency powers to bypass Congress. Congress had enforced holds on 15 of the 22 arms cases, valued at $8.1 billion, due to humanitarian concerns.

Diane Shaw concluded the review process after acting Inspector General Stephen Akard recused himself. But it was Steve Linick, whom the Trump administration dismissed in May, who instigated the inquiry. According to the State Department, it was completed in 2019, and Linick briefed the findings to the Department in November 2019 and March 2020.

“It is unclear why the OIG required an additional 10 months to finalize the report since its key conclusions were briefed to the Department,” said a State Department spokesperson in a statement.

“Now that the OIG has completed its work, we hope these Members and media outlets who echoed their baseless accusations will publicly accept the findings of the report they requested from the OIG and immediately retract their statements from the past year,” the spokesperson said.

While the findings asserted that Pompeo acted within his jurisdiction to order the emergency arms sale, the State Department “did not fully assess risks and implement mitigation measures to reduce civilian casualties and legal concerns associated with the transfer of [precision-guided missiles].”

U.S. involvement in Saudi Arabia’s proxy war in Yemen against Iranian-backed Houthi rebels has received criticism on two counts. The war in Yemen has blocked off port access, contributing to famine conditions and producing one of the worst humanitarian crises in the world, according to the UN. Critics say the U.S. is both abetting the crises by supporting Saudi Arabia and upholding a regime itself accused of multiple human rights violations.

The Arms Export Control Act (AECA) requires that the President seek congressional approval for sales of defense equipment exceeding $14 million or defense articles exceeding $50 million. But the OIG reports that the state department made successive sales to Saudi Arabia valued below the congressional threshold.

In a briefing on Monday, prior to the release of the report, a senior state department official speaking on condition of anonymity said that the OIG had “misidentified” the non-Congressional notification cases. “We had to walk them through and explain that, what the legal requirements are for congressional notification, what that practice is, what the administration and every administration had been doing since 1976,” he said.

Furthermore, the report did not address one of the House Committee on Foreign Affairs’ primary concerns, that the State Department conjured a false emergency to justify the sale. Committee Chairman Engel has claimed that the Department misrepresented the “phony emergency declaration."

OIG noted that, because the Arms Export Control Act does not define ‘emergency,’ OIG “did not evaluate whether the Iranian malign threats…constituted an emergency."

The report recommended that the administration implement safety and precision measures, reducing the risk of civilian casualties as a result of American-sourced weapons and technology. The department official said the administration already had “several sets of hands” working on the case according to the 2018 Conventional Arms Transfer (CAT) policy.

The State Department plans to continue to supply defense articles to Saudi Arabia: “... I would offer that the threat has not abated and the necessity for the certification that was made a year ago is still a requirement and was the right thing to do. And the response to that was exactly what was necessary in 2019 and remains applicable,” said the official.