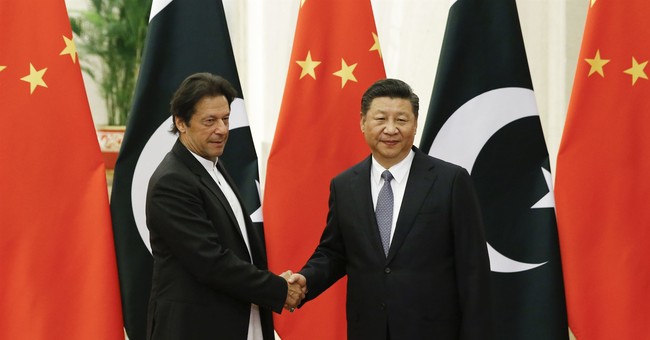 Appearing on an Al-Jazeera Network program on August 5, Khan urged the Organization of Islamic Cooperation to speak out against India’s 2019 citizenship amendment that specifically targets Muslims:

“This is a prelude to genocide. This is what happened in 1935 in Nazi Germany. The Nuremberg laws were a prelude to the deregistration of the Jews as German citizens. In Myanmar, in 1992, they did the same thing. They deregistered the Muslims as citizens of Myanmar.”

The citizenship amendment singles out Muslims, making it more difficult for Muslim immigrants than for those of other religious groups from Pakistan, Afghanistan or Bangladesh to achieve naturalization in India. Critics agree that it violates constitutional provisions against religious discrimination, and world leaders have vocally denounced the law.

Concerned about the potential forfeiture of citizenship rights, Muslims staged protests across the country, resulting in cross-sectoral violence.

“What India is doing is a prelude for a genocidal war against the Muslims,” Khan reiterated.

Earlier in 2019, the Indian government, led by populist President Narendra Modi, amended its constitution to reabsorb Jammu and Kashmir, the independent territory between India and Pakistan. Kashmir is majority Muslim and has endured years of violence and unrest. Since the pandemic, Modi levied increasingly heavy restrictions on the Kashmir region, citing coronavirus concerns and uprisings from Pakistani-sponsored insurgent groups. Indian troops have detained thousands, implemented a curfew and cut off phone and internet services.

“The international community must do more and back its words with concrete actions for the innocent Kashmiri people,” Pakistani foreign minister Mehmood Qureshi said in a statement on August 5.

Last week, 49 people perished after a Pakistani separatist group launched a grenade at a rally in Karachi. Pakistanis had gathered to protest on the one year anniversary of India’s decision to revoke Jammu and Kashmir’s autonomy.

“My worry is that because India is a big market, countries worry about losing their trade with it. Western countries are acting this way. Look at the prominence given to Hong Kong and to the rights of the citizens there. Compare it to what is happening to eight million Muslims in Kashmir. Clearly, double standards play a role here. India is a big market and this overwhelms the issue of human rights.”

But Khan has remained silent on the issue of Muslim abuse in China, going so far as to deny knowledge of China’s exploitation of its Uighur Muslim minority in the Xinjiang province.

Speaking to Foreign Policy magazine in January, Khan said he could not in good faith comment on the Uighur situation because “China has helped us.”

Pakistan is one of the largest recipients of Chinese investment at $16.3 billion, and in return has purchased up to $6 billion worth of arms from China between 2008 and 2017.

“The scale of what is going on in China … is nothing compared to what is happening in Kashmir,” said Khan.

The UN estimated in 2018 that China has confined up to one million Uighurs in concentration camps.

A survey of the prime minister’s press releases reveals close economic ties between Pakistan and China. The two nations have cooperated in their response to the coronavirus; China donated medical equipment to Pakistan, and Pakistan has offered to set up a field hospital in China.

“In order to demonstrate Pakistan’s unequivocal solidarity with the Chinese leadership and people in the wake of outbreak of Coronavirus, Prime Minister Imran Khan had a telephone conversation with President Xi Jinping today,” begins one such statement.