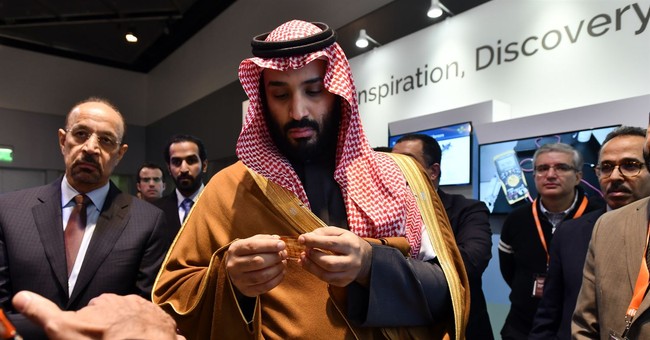 Saudi Arabia is making good on its intentions to develop nuclear capabilities, the Wall Street Journal (WSJ) reported on Tuesday. Western officials leaked information to the paper that the Kingdom has constructed a facility for extracting uranium yellowcake near al-Ula in the northwest with the help of two Chinese entities.

Yellowcake derives from uranium ore and is an intermediate state in the process of deriving nuclear fuel, occurring prior to enrichment.

While Saudi Arabia has not publicly acknowledged the site and "categorically" denied its existence to WSJ, the country's ambitions for nuclear power are well documented. On September 9, 2019, Energy Minister Abdulaziz bin Salman claimed Saudi Arabia had plans to enrich uranium and build up to 16 nuclear reactors.

"We are proceeding with it cautiously...We are experimenting with two nuclear reactors,” he said at a conference in Abu Dhabi.

The United States, China, Russia, South Korea and France competed to cooperate with Saudi in building the first two, but Saudi Arabia has failed to meet the U.S. "gold standard" agreement.

Section 123 of the Atomic Energy Act of 1954 describes the conditions the U.S. requires for nuclear cooperation, including a provision banning uranium enrichment:

"The cooperating party must guarantee that no material transferred, or used in, or produced through the use of transferred material or production or utilization facilities, will be reprocessed or enriched, or with respect to plutonium, uranium-233, highly enriched uranium (HEU), or irradiated nuclear materials, otherwise altered in form or content without the prior approval of the United States."

Saudi Arabia refuses to comply with that provision, stalling U.S.--Saudi negotiations that began in 2012.

It appears China has made significant headway. In 2016, China Nuclear Engineering Corporation (CNEC) agreed to build a high-temperature reactor in the Kingdom. Then, in 2017, China National Nuclear Corporation (CNNC) and the Saudi Geological Survey (SGS) signed an accord to proceed with uranium exploration.

"The reason we do nuclear technology development deals with countries is so that they will commit to the gold standard and commit to a working relationship with the United States," said U.S. Sen. Chris Murphy. "The Saudis are trying to have it both ways, and we can't allow them to get away with that."

Saudi Arabian officials insist that the nuclear program is solely for energy purposes, and it has no plans to develop weapons-grade uranium. The kingdom raised suspicions earlier this year when satellite photos documented the construction of a nuclear reactor without oversight from the International Atomic Energy Agency.

Although Saudi Arabia has historically relied on oil for both wealth generation and energy, its Vision 2030 agenda recognizes the need to"diversify" its economy. "We have begun expanding our investments into additional sectors," the agenda says.

But Crown Prince Mohammed bin Salman said in a 60 Minutes interview, “Saudi Arabia does not want to acquire any nuclear bomb, but without a doubt, if Iran developed a nuclear bomb, we will follow suit as soon as possible.”

Foundation for Defense of Democracies senior adviser on science and nonproliferation Ollie Heinonen told the WSJ that "the facility's construction suggested the Saudis were trying to keep their options open."