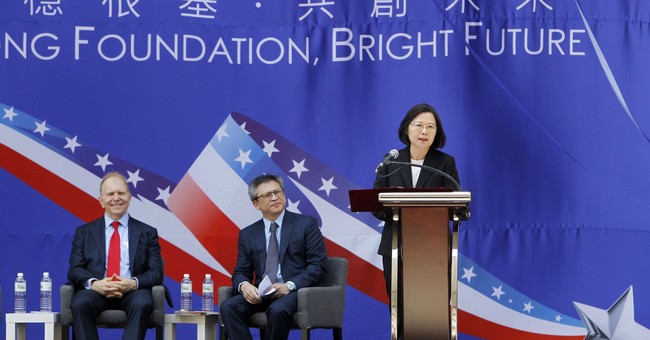 A Chinese-language news outlet based in Taiwan reports that the Hong Kong authorities opted not to renew Taiwanese envoy to Hong Kong Kao Ming-tsun’s visa, compelling him to return to Taiwan on Thursday. The change to his residence status occurred after he refused to sign a document endorsing the “one China” principle.

“Hong Kong’s government once promised that it could issue a visa for our director within hours and accord courtesy to Taiwanese diplomats, but with a string attached,” a project manager at the office told Asia Times.

Kao Ming-tsun, the acting head of the Taipei Economic and Cultural Office in Hong Kong, will be barred from Hong Kong for a period of at least two years. Consular services chief Chou Chia-ju and general administration chief Lee Chin-mei also returned to Taiwan a day before Ming-tsun, but to date, there is no indication as to whether the move is connected to visa non-renewal.

Hong Kong authorities did not respond to requests for comment from multiple Taiwanese news agencies.

China alleges ignorance of the developments. “’One China’ is a fact and recognized by the international community, so how come some in Taiwan would say it’s an unnecessary political obstacle?” said Hua Chunying, a spokesperson for the Chinese foreign ministry.

Taiwan President Tsai Ing-Wen has vocally supported Taiwan independence from mainland China and positions the country as an ally to Hong Kong. The Taiwanese worry that the new National Security law enacted against Hong Kong will soon encompass Taiwan, a nation with a “complicated relationship” to China.

“Hong Kong should accept the reality that Taiwan is and will always be a sovereign nation,” said Taiwanese Premier Su Tsen-chang.

A scholar at a state-run research center in Taiwan believes Beijing blocked the visas in an attempt to undermine Taiwan’s influence in Hong Kong, “putting the weight of Beijing’s security legislation behind the requirement [of asking Taiwanese diplomats to acknowledge the ‘one-China’ principle] with the intention of crippling the operations of Taiwan’s office,” according to Wu Rei-wen.

Taiwan has failed to secure a permanent work visa for the director-general of the Taiwan embassy in Hong Kong, leaving the position vacant since July 2018.

While the Hong Kong office will continue to remain operational, Taiwan has made provisions for more stringent protections should Beijing encroach on Taiwan through the embassy. At least one hundred staff serve at the office on three-year rotations.

On Monday, Tsai Ing-wen inaugurated Hsiao Bi-Khim to replace the former Taiwanese envoy to the U.S. at the Washington embassy. “Ms. Hsiao has a strong record of advancing U.S.-Taiwan relations,” said a spokesperson for the American Institute in Taiwan (AIT) in a press release.

Swearing in for new job. pic.twitter.com/EDIXRRJ417

The U.S.-Taiwan relationship was described as “real friends, real progress” at a ceremony to institute a USA Caucus at Taiwan’s 10th Legislative Yuan.

“We look forward to partnering in this worthwhile endeavor to continue forging a shared future for the United States and Taiwan, and to advance a free and open Indo-Pacific region,” said AIT director W. Brent Christensen.