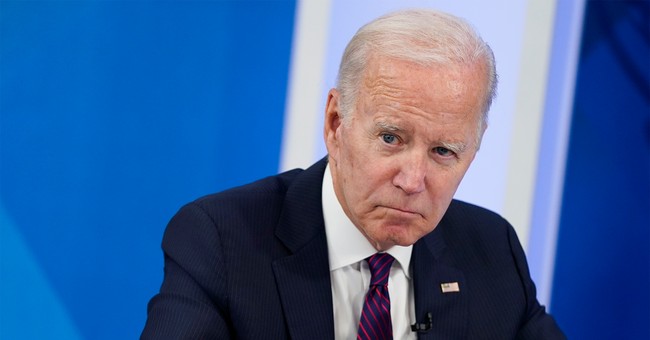 The liberal media doled these out under Donald Trump like a fentanyl dealer. They used to participate in this activity as often as Hunter hit his crack pipe. The Washington Post’s insufferable ‘democracy dies in darkness’ tagline has become prophetic because the deafening silence from the media regarding fact-checking has become beyond explicit. Where did all these writers and analysts go? The ones who would call out Trump for everything and ironically conclude that the former president was in the right, while the Left was just whiny over 45, slapping and punching them around like Sugar Ray Leonard.

The fact check had become another arsenal in the liberal media’s war to stifle dissent, especially on social media, where flagged content reduces reach and impacts revenue. At the same time, it provided the “expert” opinion, which was the liberal media clarifying what Biden really meant to say amid a mountain of word salad. The Hill’s Joe Concha wrote about the conspicuous disappearance of fact checks in the media under Biden:

Fact-checking under President Trump was a bustling business. Seemingly every day, and sometimes by the hour, the 45th president’s every word was scrutinized, which all comes with the job.

But under President Biden, fact checkers are enjoying what feels like extended vacations or have simply checked out in terms of scrutinizing the many ways that he is misleading the public.

From June 2019 until November 2020, Dale appeared or was mentioned on CNN more than once per day, on average, according to Mediaite. Estimating conservatively,

that’s more than 500 appearances or mentions on a national network in the span of just 16 months.

There are many other examples from the summer, but you get the point: The most powerful man in the country needs to be held accountable for his words and actions, particularly in an election year, when each side is attempting to shape the narrative through the press. But fact-checkers at mainstream outlets refuse to do it.

The situation is worse when it comes to White House press secretary Karine Jean-Pierre. She has been fact-checked only once by Politifact since June. (via The Hill)

Fact checks used to mean something, but when the media decided to weaponize them against Republicans—they perverted them irreparably. Plus, it makes the institution look even worse when you can’t defend a Democratic president because of his pervasive lies, coupled with remarks that might not fit the narrative. On the latter, I’m referring to Biden saying the COVID pandemic is over. It is—but the media is pro-lockdown, pro-mask, and engorged in Fauci fetishism. The economy is in recession. Every indicator says so, and high inflation eats away any meaningful gains if there are any right now. Who cares about new jobs if inflation cannibalizes their paychecks?

Recommended
'No One F***s With a Biden': POTUS' Trip to Florida Goes As Expected
Spencer Brown

Biden’s recent "60 Minutes" interview alone should have yielded a few fact-check articles—none arrived, whereas we wouldn’t even be through half the posts if it were Trump speaking to CBS’ Scott Pelley. You all know the answer as to why these posts have vanished, like Jimmy Hoffa. If they did their job, it would make Biden look even worse.