Liz, Daddy Can't Save You 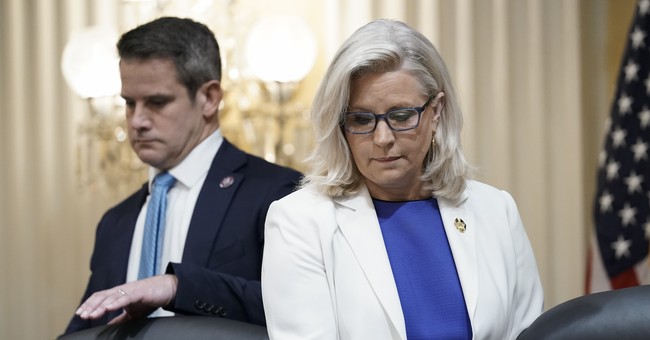 They were once a political powerhouse family, the face of Wyoming’s Republican establishment until Rep. Liz Cheney (R-WY) decided to declare war on Donald Trump. In a few days, we’re going to close the books on the Cheney family’s public career. If only Liz had read the tea leaves, she could have secured another term in Congress. Her re-election chances are on life support right now due to her anti-Trump operations and doing the communications work on this front with congressional Democrats.

Cheney has gone on record noting how she wants nothing to do with Trumpism, vowing to prevent the former president from seeking another term as president. She’s carried water for Democrats on CNN and other liberal networks, giving the January 6 Select Committee the veneer that this is a bipartisan effort. Cheney has voiced an intense dislike of Trump supporters in her state; more people voted for Trump in 2020 than Liz, by the way.

To anyone with cognitive function, that’s a sign of the changing times. The Republican base changed; Cheney opted not to, so August is where she’ll end her career, but not before former Vice President Dick Cheney hurls some mud in a nauseating ad that comes too little, too late to save the already dead career of his daughter (via NBC News):

Dick Cheney: “In our nation’s 246 year history, there has never been an individual who is a greater threat to our Republic than Donald Trump.”

This is an ad Liz Cheney is now running for her failing. campaign. pic.twitter.com/eT7WyakSVs

Liz Cheney is in a hotly contested race against Trump-backed attorney Harriet Hageman. While some of Cheney's previous ads have made references to fighting for conservative principles, and standing up to lies about the 2020 election, the new ad is Cheney's first tracked by AdImpact to mention Trump by name.

"In our nation’s 246 year history, there has never been an individual who is a greater threat to our republic than Donald Trump," Dick Cheney says directly into the camera in the 60-second ad.

Does this family not comprehend that their time is over? And no, Donald Trump isn’t the greatest threat our republic ever faced. Is historical illiteracy another affliction impacting the Cheney clan? If Liz ventured back to her state occasionally, she’d know that her voters can’t stand her.

The actual voters of Wyoming are sick and tired of her!!! https://t.co/HmvmlZATWp

Cheney isn’t going to stop Trump from another run at 1600 because her little kangaroo court select committee can’t find anything that warrants a criminal indictment. Second, she’s going to lose her primary. Wyoming conservatives had enough of her anti-Trump shenanigans, and we have a strong candidate in Harriet Hageman. The field is crowded by Hageman is the frontrunner and has the lead in the polls.

Liz’s days are numbered and this cringe-worthy ad from Dick Cheney might have cost her votes.