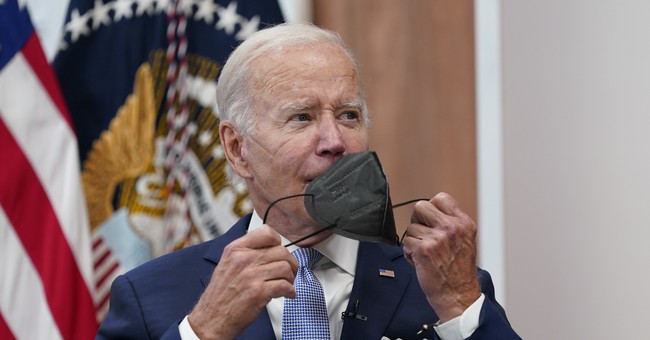 The Willy Wonka acid ferry ride that is the Biden presidency is moving so fast that we tend to forget their old lies have been further exposed by current events. Working Americans have been dealing with crippling gas prices at the pump for months. High inflation was the other haymaker that hit families thanks to this administration’s miserable economic agenda. The task of going to work could implode a home budget. When filing up your gas tank is a budgetary debate item for the household, you know something is wrong. It’s backward. The act of filing up your vehicle used to get to the job that pays the bills and puts food on the table should never be viewed as a step backward when it comes to balancing the books. The Biden economic war cry is one step forward and two steps back. If there is a proper sports analogy, Biden runs the country that way James Dolan runs the New York Knicks.

How did this administration respond to the avalanche of dismal economic news? They just blamed Russia. Remember the ‘Putin price hike? What happened? Gas prices are going down because we’re in a recession, but we were told the pain at the pump was due to Russia’s invasion of Ukraine. As Fox News’ John Roberts asked Biden’s economic adviser, the war is still raging, so what happened? Why aren’t prices remaining high (via The Blaze):

If Putin was responsible for gas prices skyrocketing, what does it mean, then, that gas prices are dropping despite the war in Ukraine still raging on? That was the question Roberts presented to senior Biden adviser Amos Hochstein.

Hochstein, however, claimed that "it's not a fallacy."

According to Hochstein, gas prices were going up because "Putin started intervening in Europe," alleging the "main increase in prices" began when "Putin started to intervene in the markets in the early fall of last year."

"But they were going up before that," Roberts interjected.

"No, no, they actually weren't," Hochstein claimed. "That's just factually not true."

Gas prices were, in fact, increasing before last fall. When Biden took office in January 2021, the average price of gas was under $2.50 per gallon, steadily rising throughout Biden's presidency before spiking this spring.

There’s no way to smooth this over for the Biden team. This narrative got wrecked like James Dean’s car. We all know it was a lie. The American people saw inflation and gas prices soaring well before bombs fell near Kyiv and Russian tanks rolled into the country. There’s no pivot either. The only acceptable maneuver here backed by facts is to admit that we’re in an economic recession, but you can’t do that because Biden declared we’re not in one. This White House operates in defiance of facts or reality. Maybe they can say Biden has ‘brain fog’ from his COVID infection, but this narrative finally got the trainwreck ending it deserved. The 'blame Russia' game is over, Democrats.